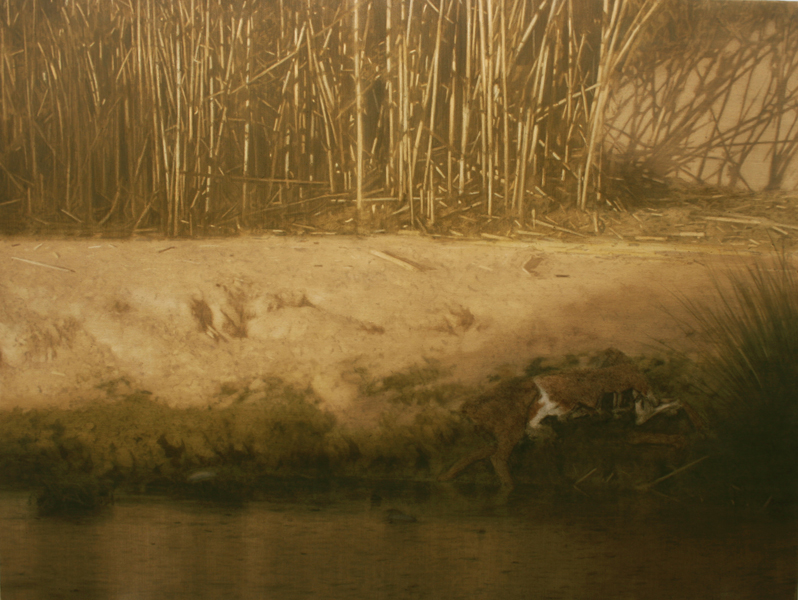 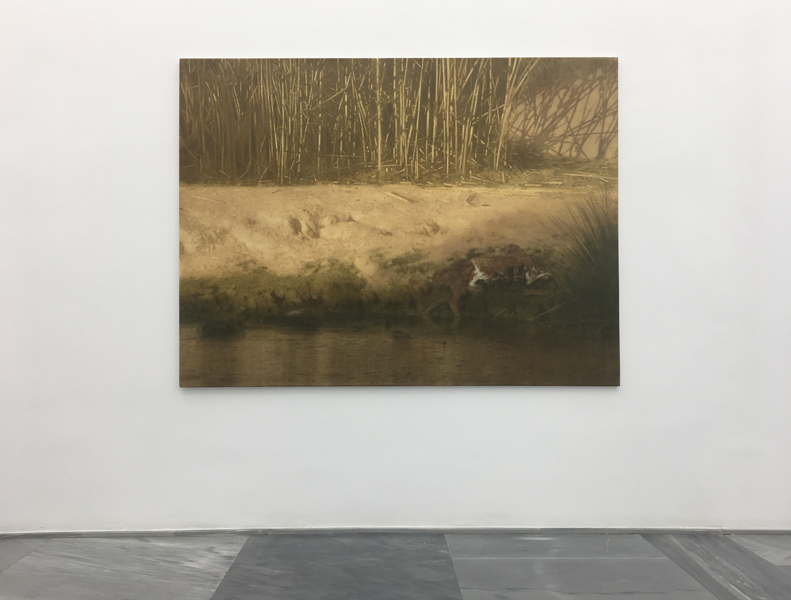 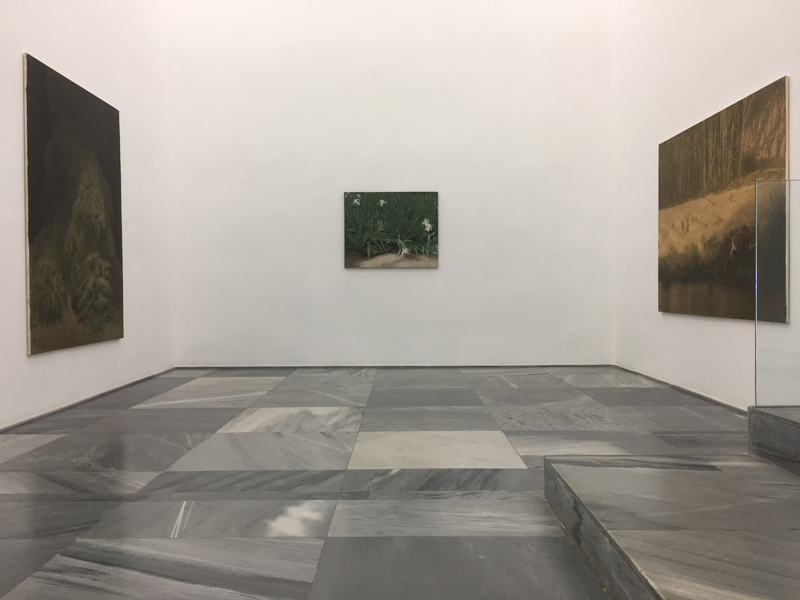 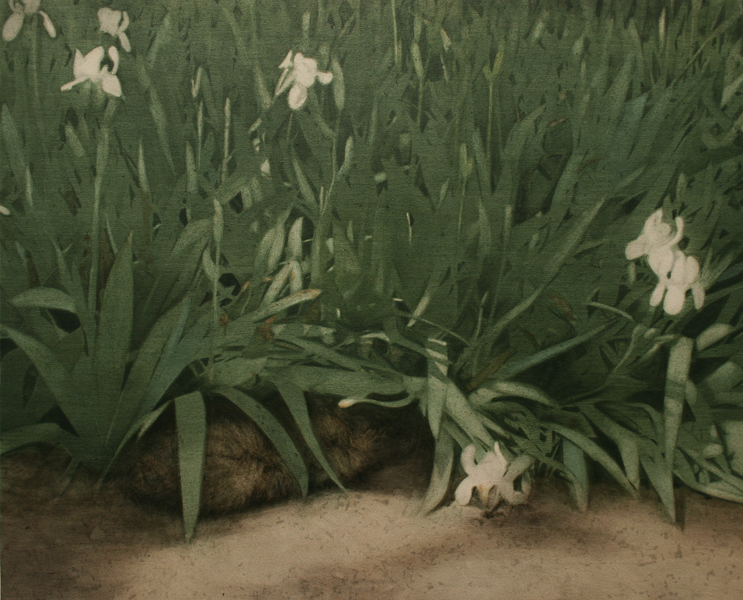 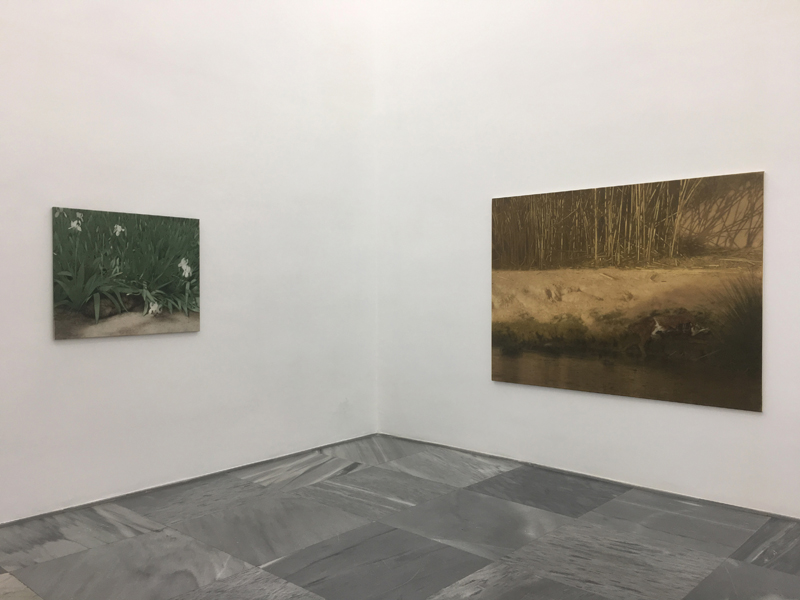 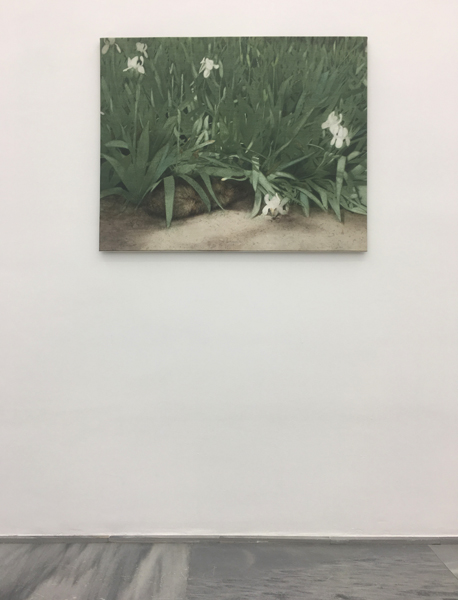 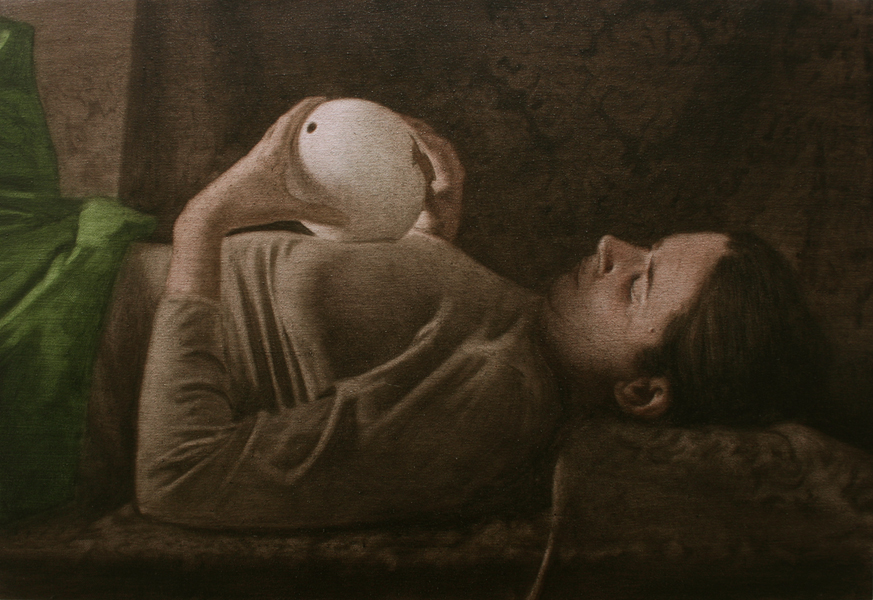 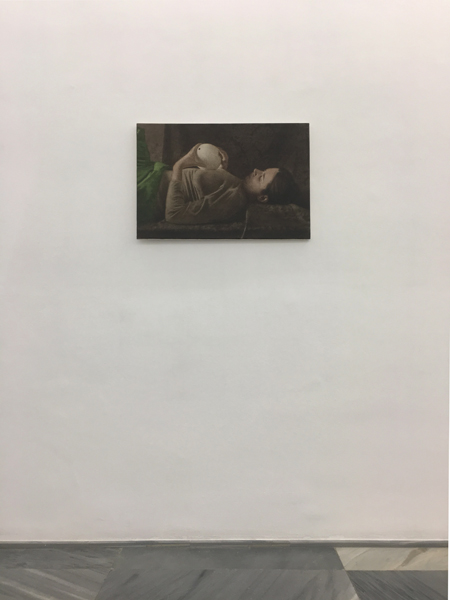 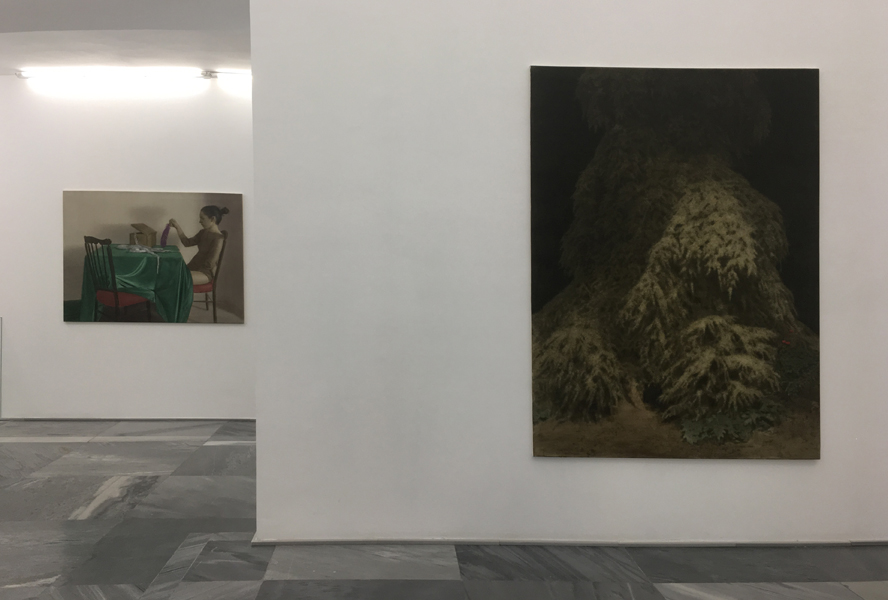 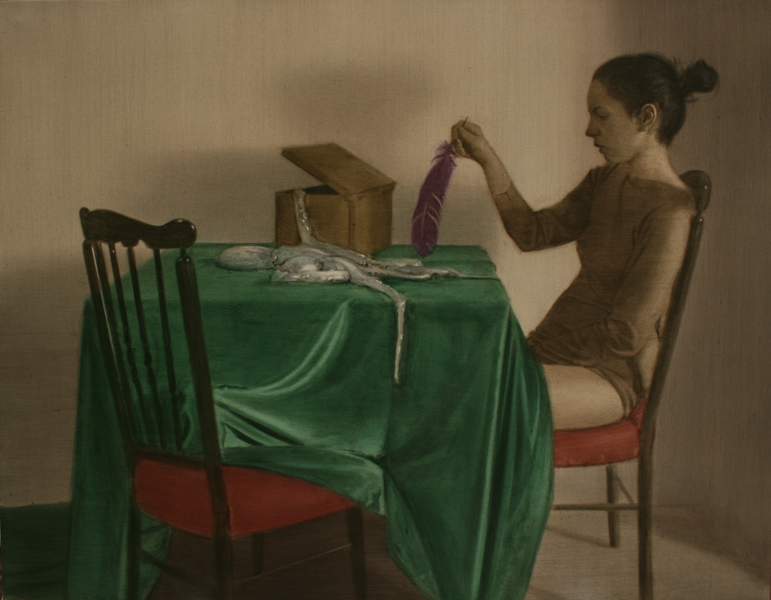 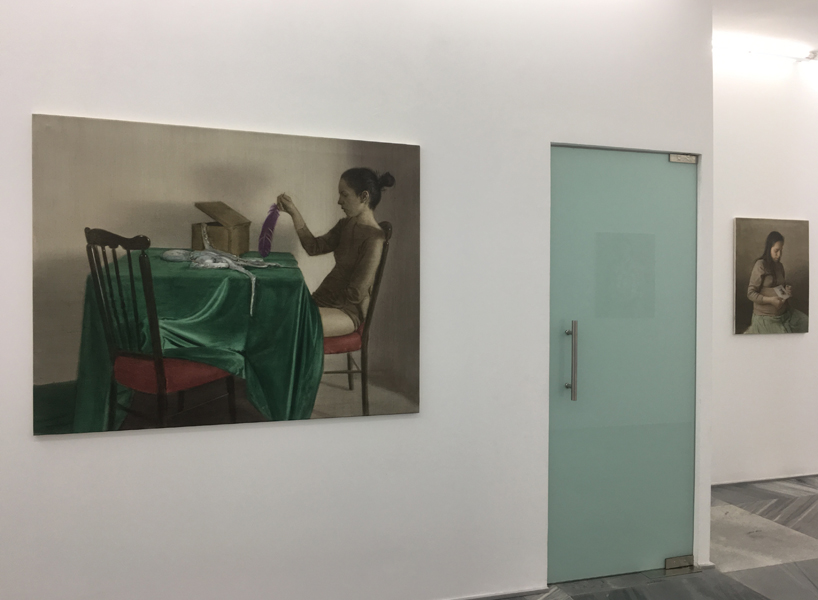 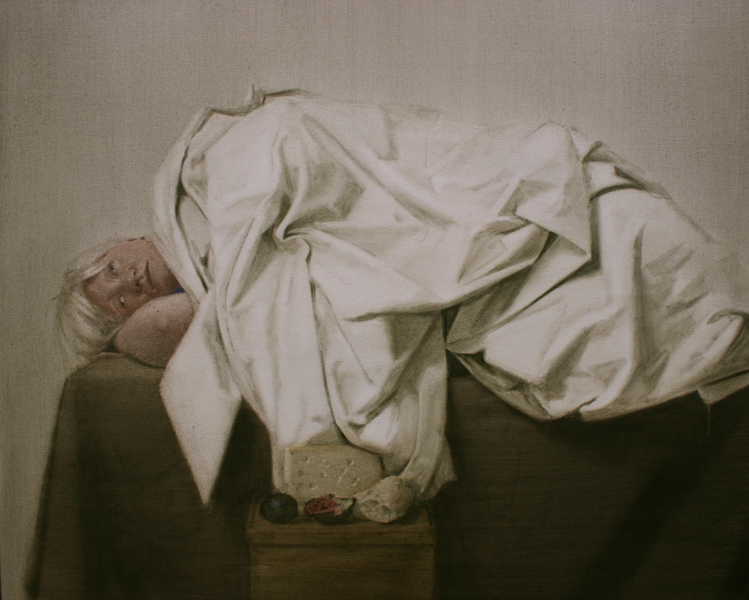 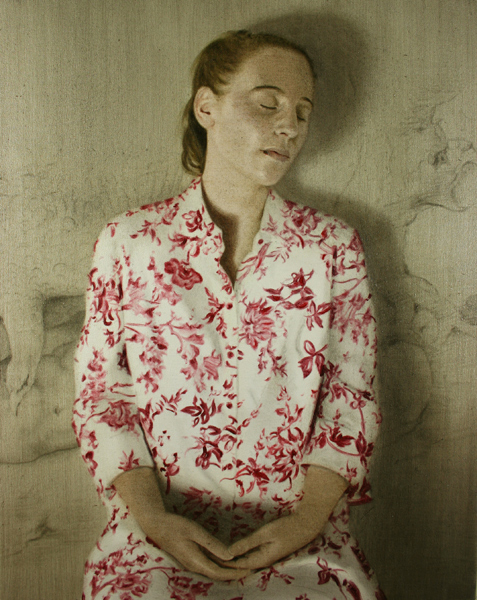 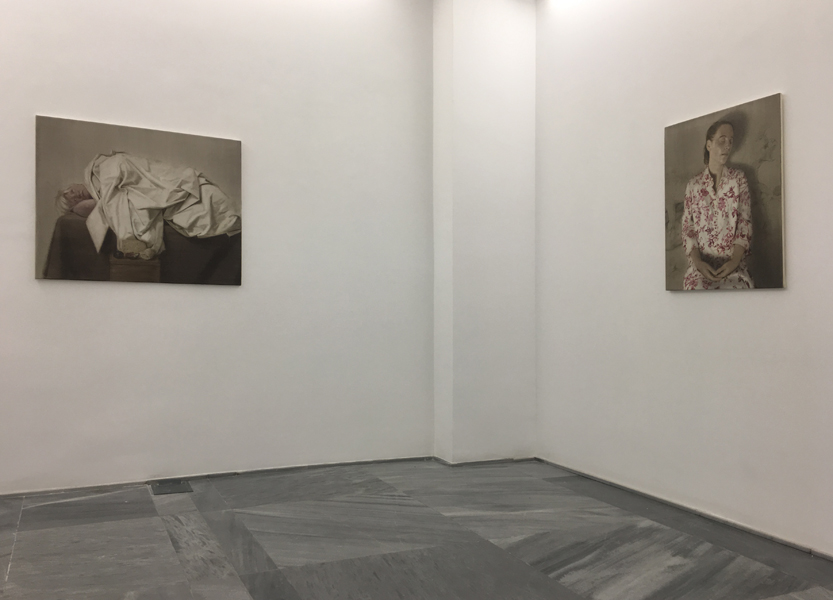 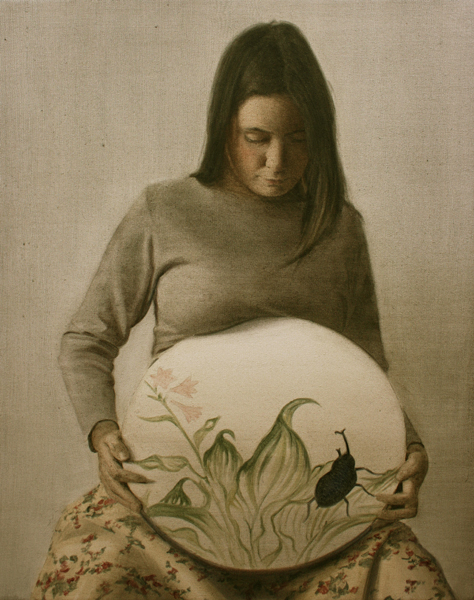 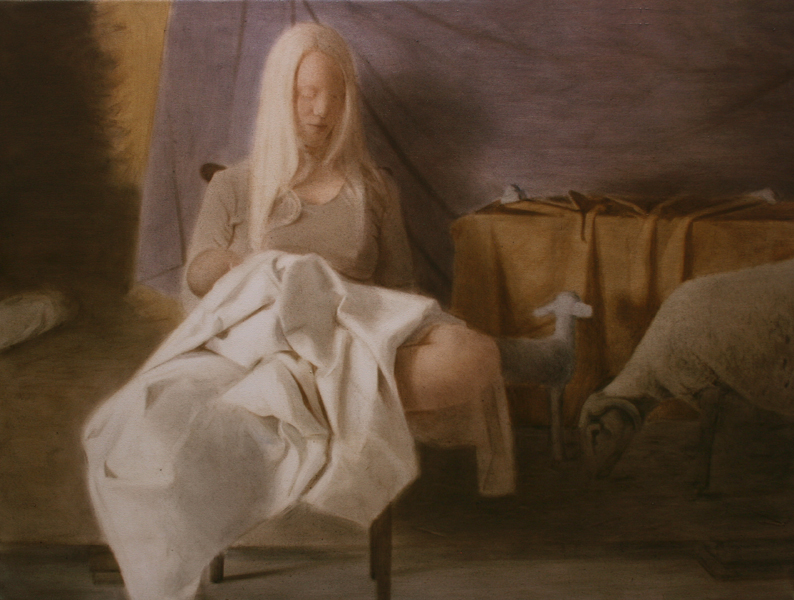 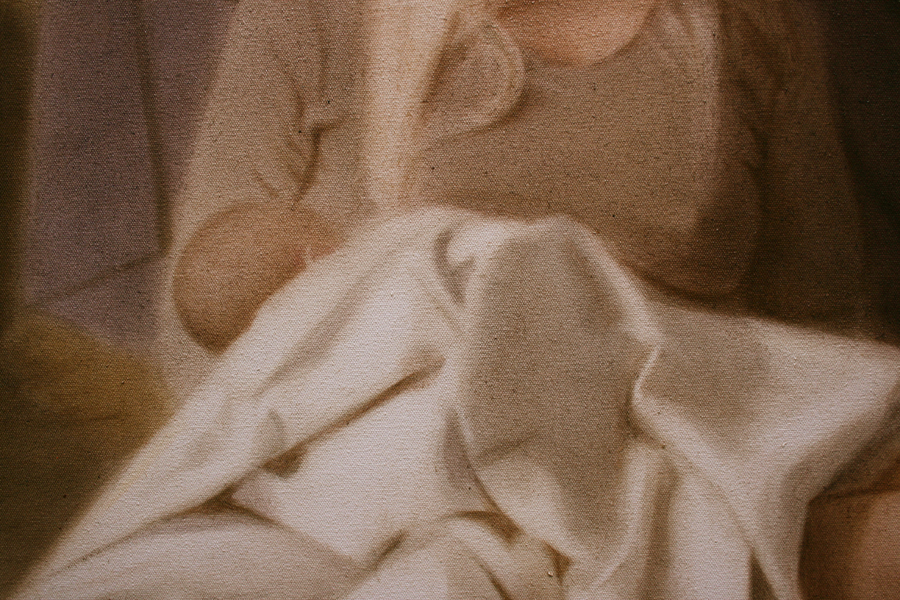 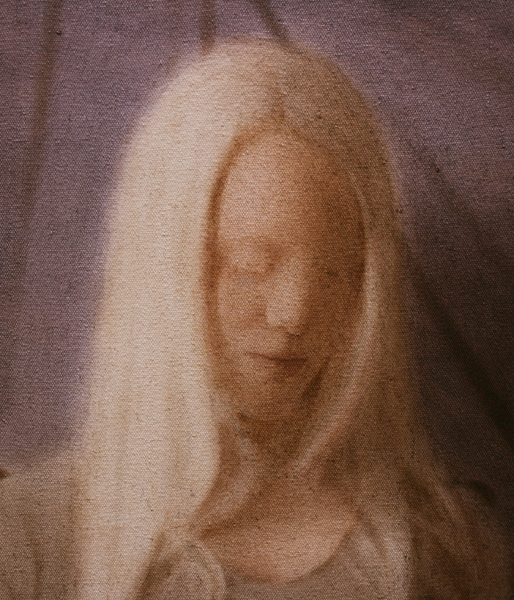 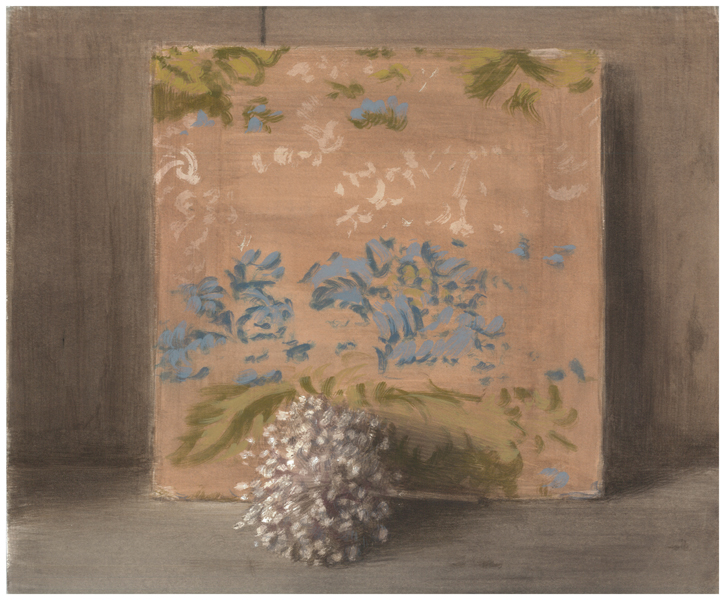 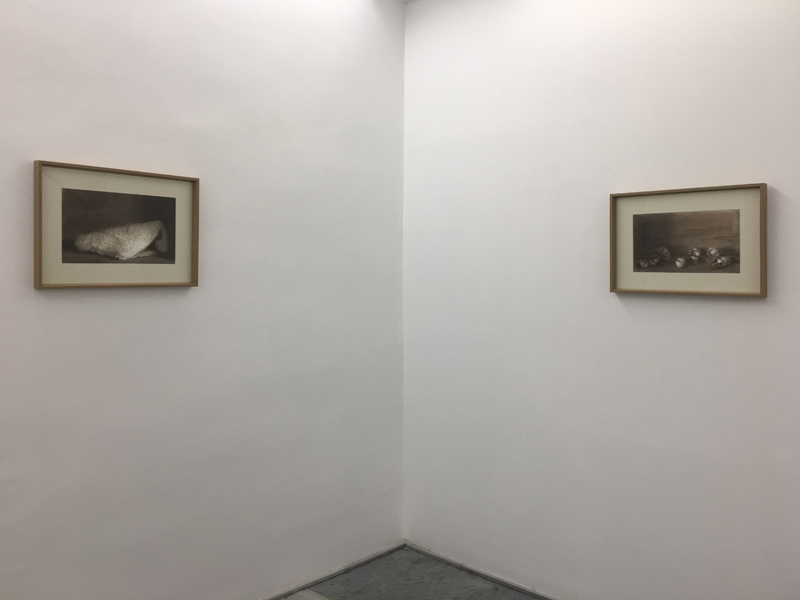 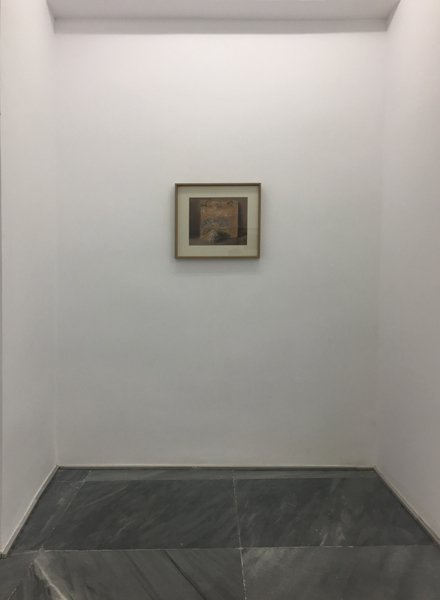 The fourth solo show of ANTONIO MONTALVO at Espacio Mínimo gallery, is a selection of works which took part of María de Corral and Lorena Martínez de Corral’s curated project for Centro Párraga in Murcia and the Palacio de los Condes de Gabia of Granada the last year. The exhibition shares the title Bajo un sol de ceniza (Under an Ashen Sun), which –in curators’ words- makes it very clear that the scenes Montalvo represents do not contain a logical explanation; they are subconscious, imaginary expressions, as if he wanted to create an atmosphere outside time and our everyday reality.

The exhibition groups a dozen oil on canvas paintings dated between 2017 and 2019 in which the painting is more mental than physical, because there is almost no matter on the canvas and it is even more clear what is intuited than what is seen.

I do not paint for a will’s decision: painting, like poetry, arises or not, without more ado. One does not paint the pictures he wants to paint, but the pictures that want to be painted; the picture is looking for you. What is, otherwise, the inspiration? The humming that suddenly brings a hermetic, autonomous, complete image. Anyway, something that is not possible to grasp at all is the most crucial element on paintings. If someone knows how to define the painting fully, would end the secret and mystery that are their own, confesses the artist to María Regina Pérez Castillo in an interview for the Blog del Guerrero.

In another blog post, Antonio Pomet writes about his work: In the misty, sinister, and at the same time nineteenth-century, baroque and contemporary atmosphere of Montalvo’s painting, what overwhelms us in not the weight or the entity of things, but is time’s gravity in which they are inserted, the intangible texture with that time, which is in fact duration, that gives reality the matter. This anchoring is an important part of what gives the canvases the narrative imprint, that, as indefinitely as flagrantly, we receive when we contemplate them.

The exhibition is comprised of four new works, a painting on canvas and three small ones on paper. About them, he wrote us in early summer:

The exhibitions of Murcia and Granada, and the time no painting during fatherhood sowed on me the need to reformulate certain parameters of my painting, moving away from the photographic reference and resorting to the natural one. After long months of constant thinking, I concluded that I did not want to paint anything I could not see, touch or smell. I felt that the path on which the photographic way led me was finished: I needed an immediate presence, something that implied a greater state of alertness. When you photograph (or look at a photograph) you do not observe as intensely as when you are drawing directly form the natural. One of the painting’s objectives is to force us to look, to pay attention. We must be eyewitnesses of the world – as Gombrich said- and aspire to a direct and not simulated experience of reality. With the persistent use of photography, we have been raising the flag held by the Meissonier, Gérôme, Bouguereau… those who justly lost the battle of modernity against Cézanne, Van Gogh and company.

So, the four works that have arrived to you, have been worked of the natural. No doubt, some things will be lost along the way; instead, new ones – and livelier, I hope – await impatiently.