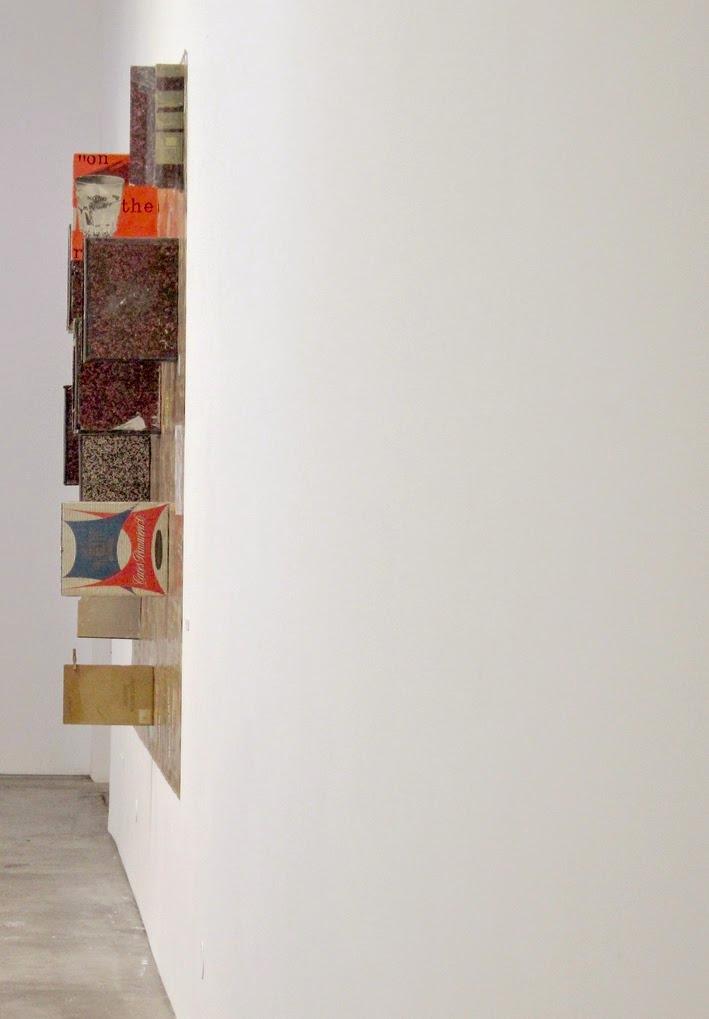 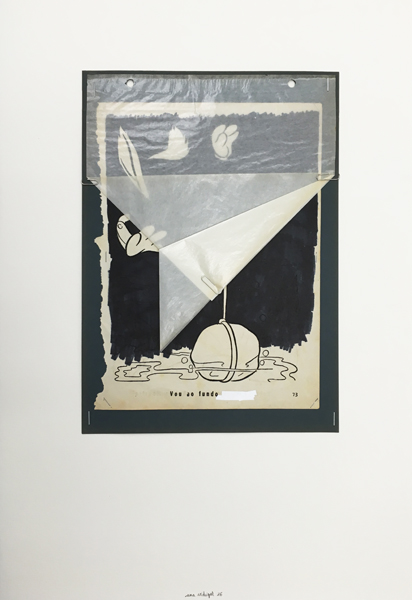 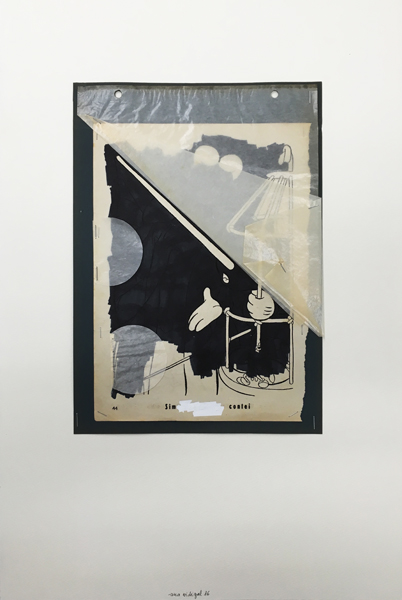 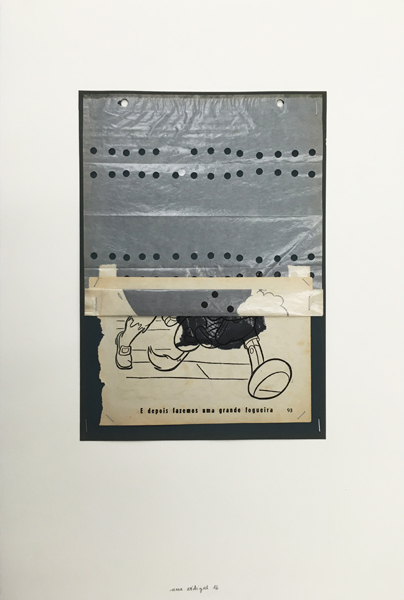 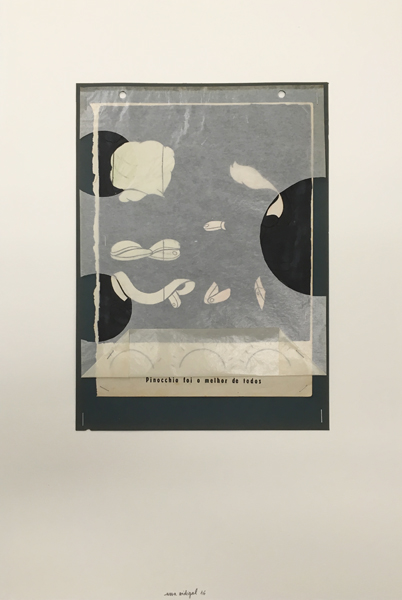 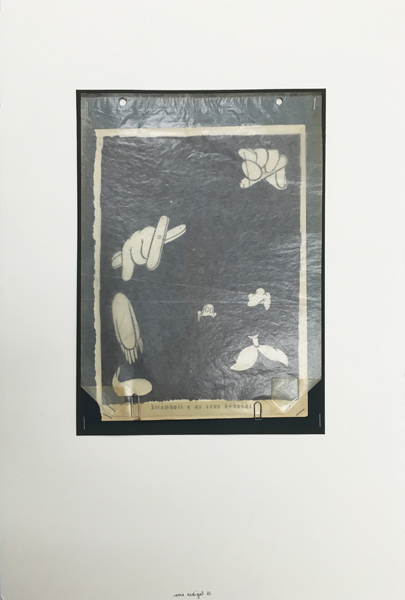 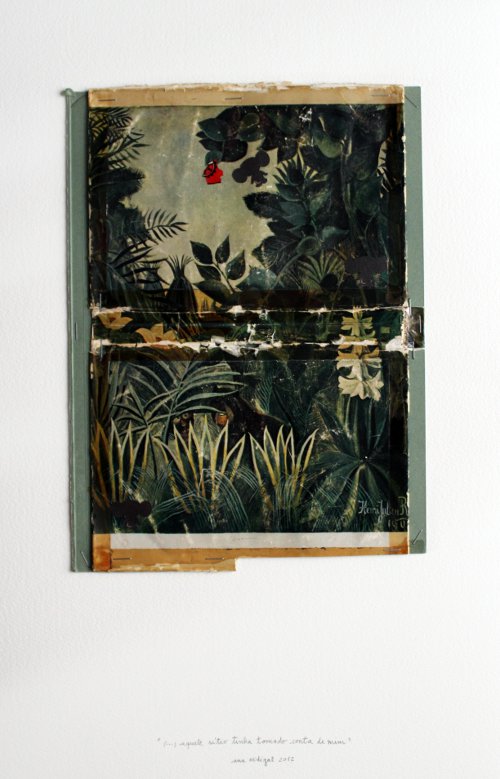 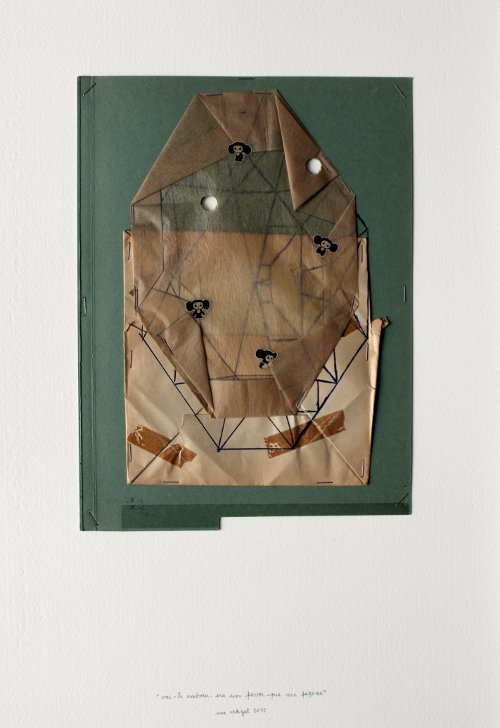 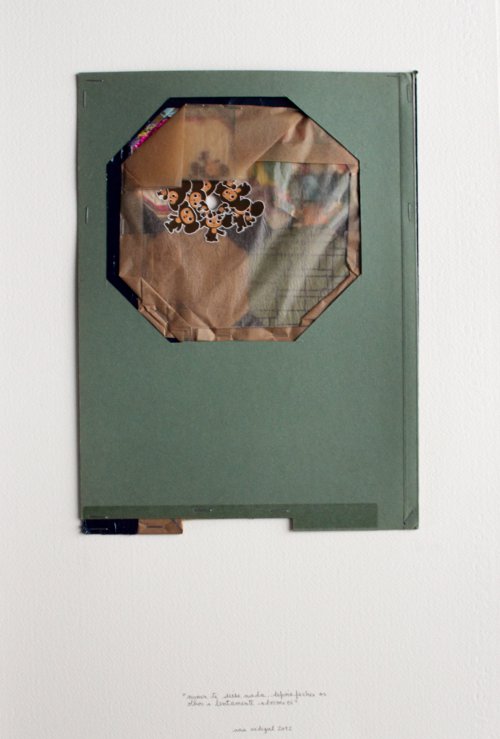 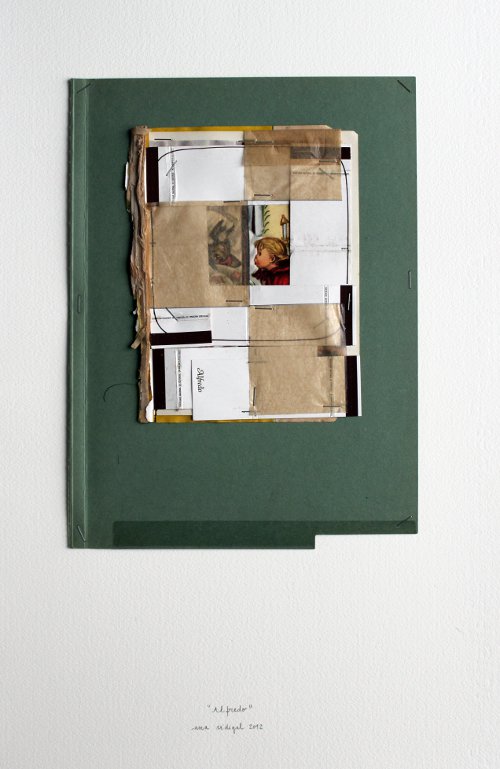 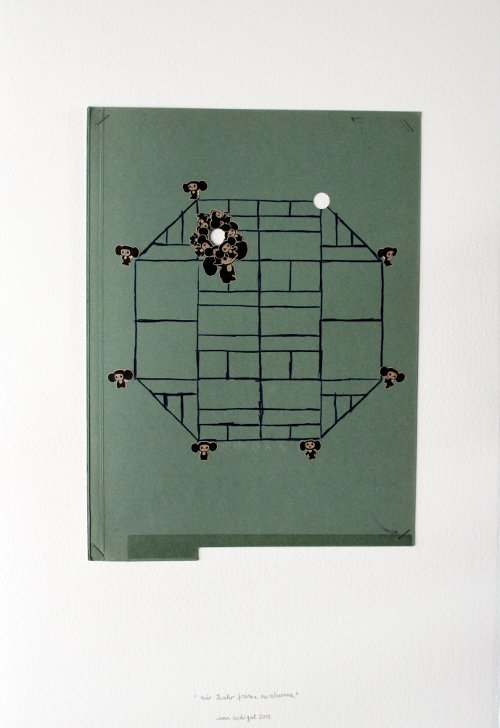 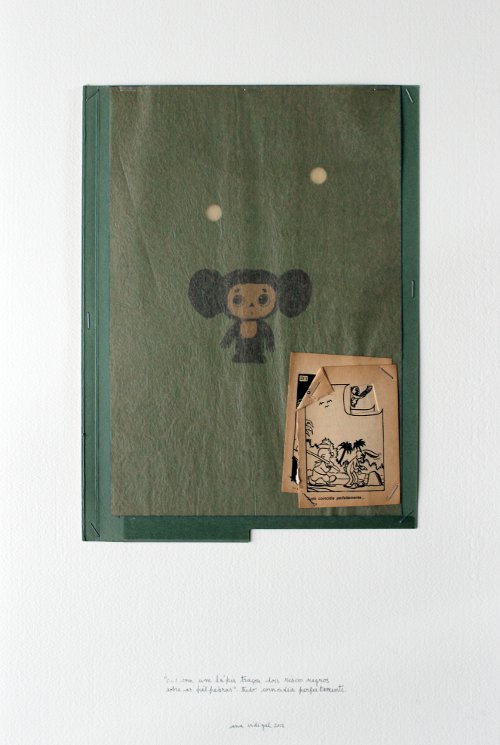 ANA VIDIGAL with the proyect Memory

ANA VIDIGAL (Lisbon, 1960) speaks, through her works in collage, painting, assembly and installation, about time, about memory. She uses them as processes of decontextualization and reconfiguration of images withdrawn from different sources, exploring the social, political, and even memory values ​​that they transport.

The project for ARTE SANTANDER 2018 will be composed of a selection of works which develops these ideas.

The installation titled Pandora (2014) is a piece made through revived Art Forum magazines of the 80s, which completely envelops it, leaving, as a tribute, the name of some contemporary artists. These kinds of works that are made of “remnants” are fragments of notebooks, journals, and documentation collected by the artist for years, pieces that she catalogs, which arranges in boxes with informative phrases written on the cover that alert of its interior, and that can or not to be open in the near future. The choice is only of each one. The choice may be to change the interior of some of these boxes to other boxes, integral parts of an extensive vertical file with walls made of art magazines.

In the same way, the small works of the series Mentirillas (2016), use images and found texts, almost as forgotten objects that she modifies and recreates uncovering only those parts that most interest her, and creating a new story through them. Once again, is important to read what is written at each of them. There is an ironic game between the formal part and the legend. It is always a game… between what the story tells us, what the artist says and what the viewer will tell about what he saw.

ANA VIDIGAL. Lives and works in Lisbon. She was graduated in painting from the School of Fine Arts of Lisbon in 1984. In 1999 she won the Maluda Prize and in 2003 the Amadeo de Souza Cardozo Prize. In 2010, the Modern Art Center of the Calouste Gulbenkian Foundation, curated by Isabel Carlos, organizes her first anthological exhibition entitled: Ana Vidigal. Clean girl, dirty girl. She has exhibited regularly since 1981. Some of her most recent exhibitions have been, in 2015 Guarda (me) at the Municipal Theater of Guarda, Guarda; Amuse – Bouche, Galería Diferencia, of Lisbon; in 2014 Yugular, Camões Luanda Institute, Angola; Oú va t’on ?, Sala del Venado, National Museum of Natural History and Science, Lisbon; We are unbearable, so unbearable, Nogueira da Silva Museum, Braga; First or last (strictly personal) Baginski Gallery Projects, Lisbon; in 2013 Jua (de vivir) Fundación Júlio Resende, Oporto; in 2012 House of Secrets, Centenary of the Higher Technical Institute, Lisbon; in 2011 Queen Anne Style, Baginski Gallery / Projects, Lisbon and The Brain is deeper than the sea, Museu do Chiado, Lisbon.