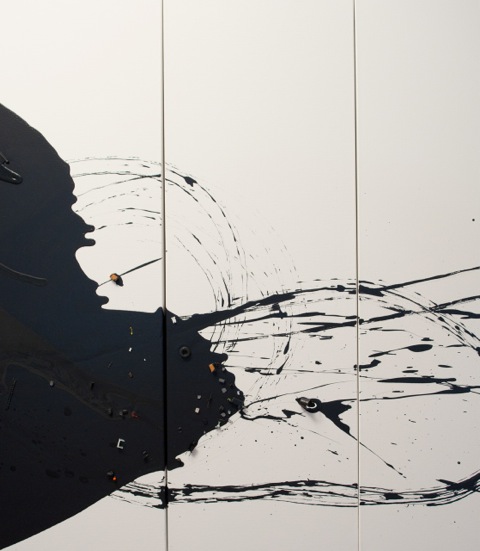 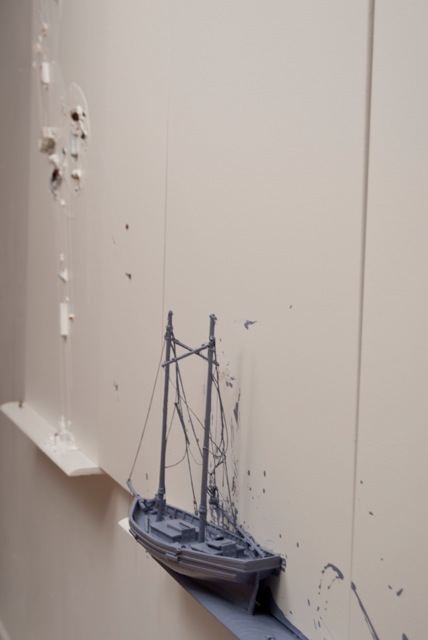 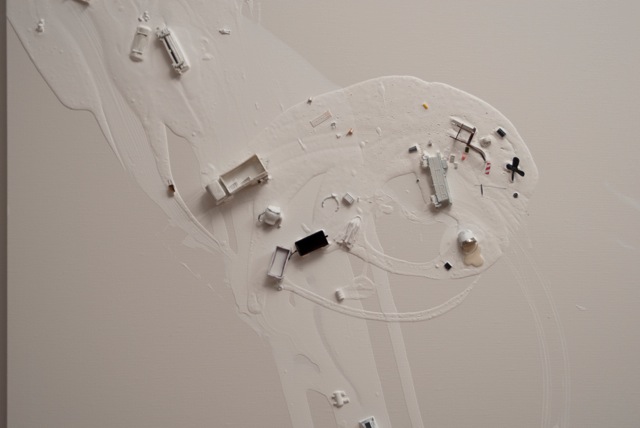 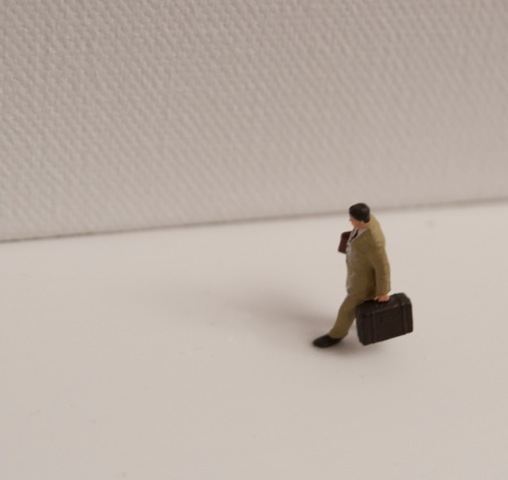 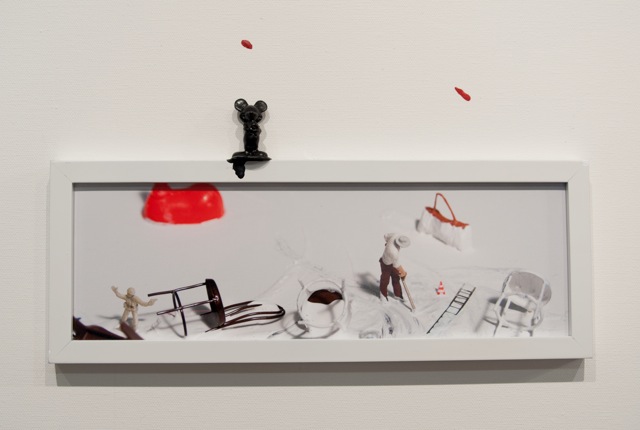 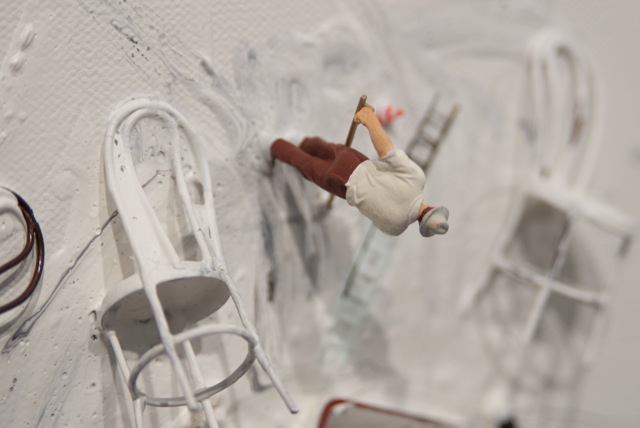 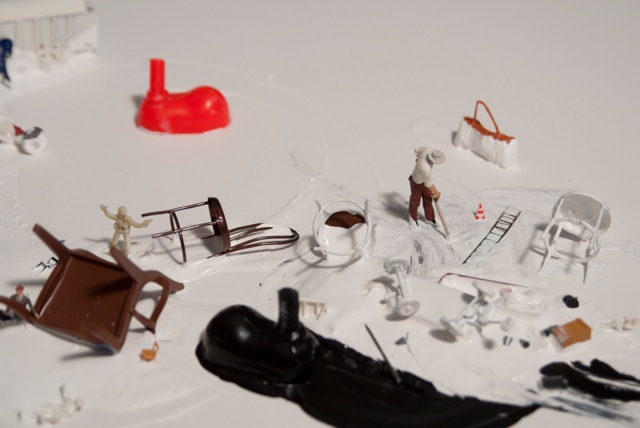 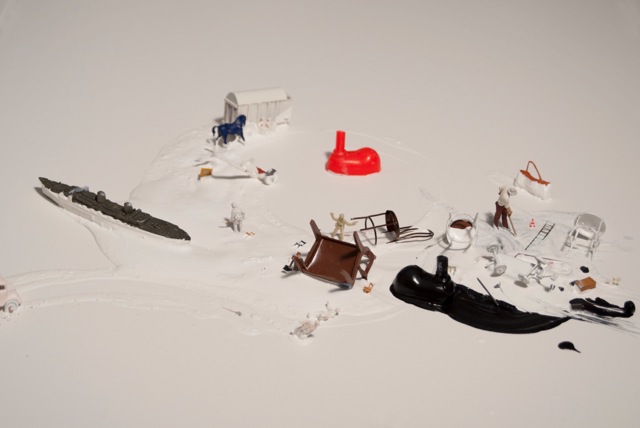 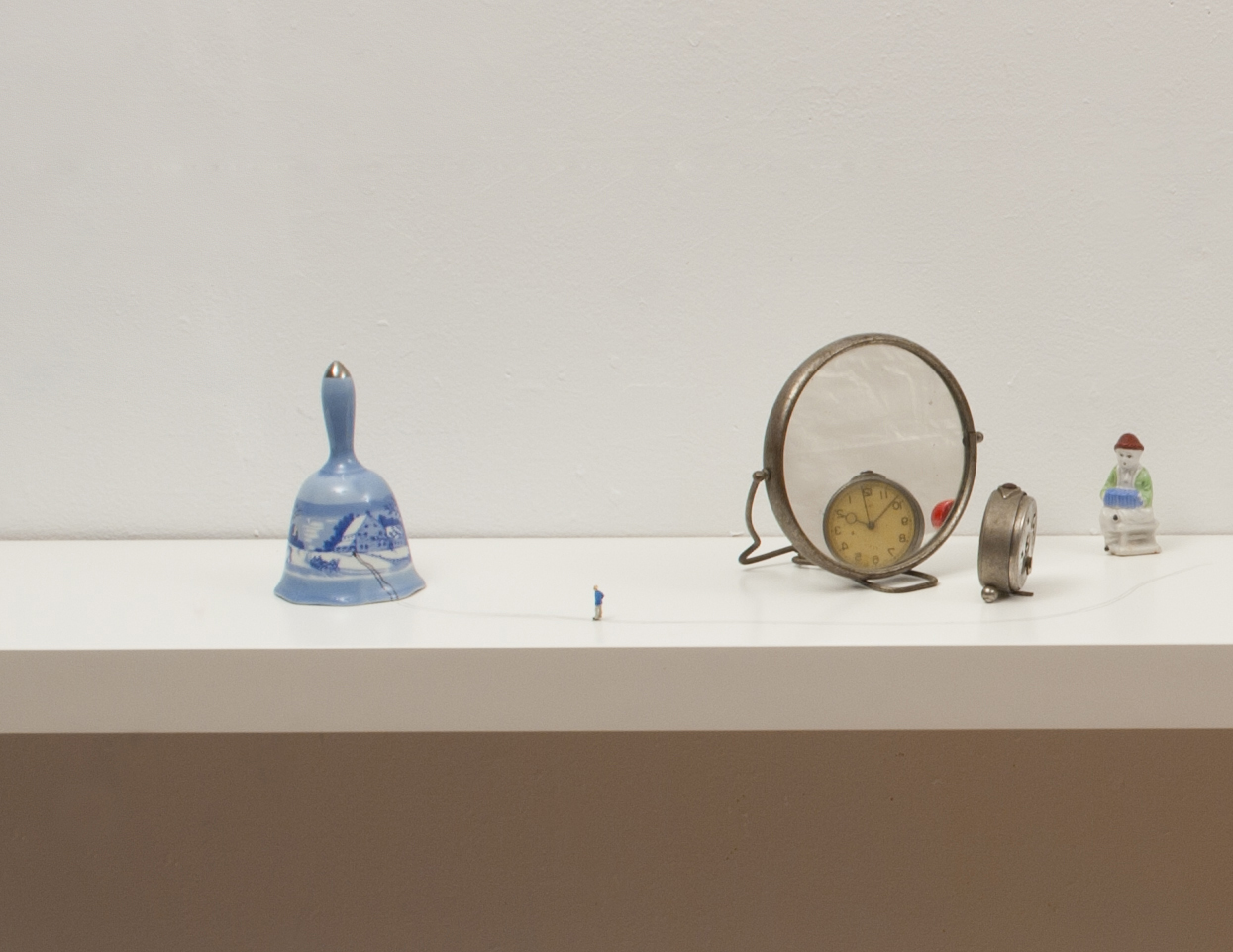 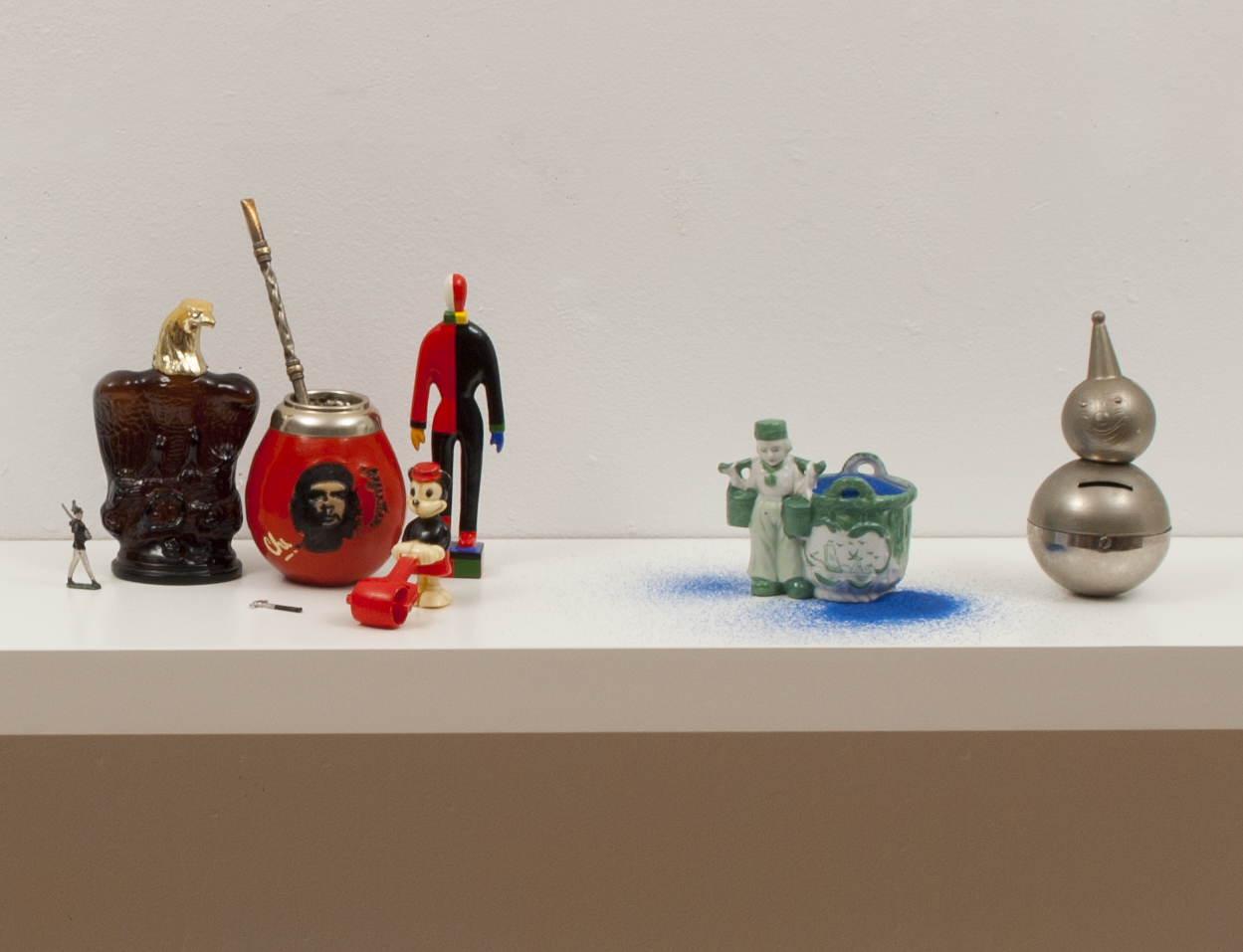 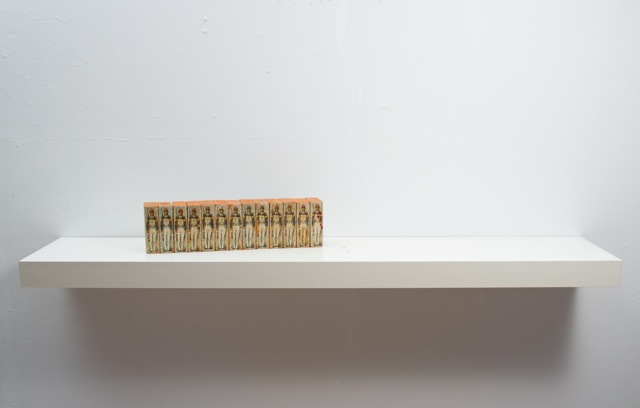 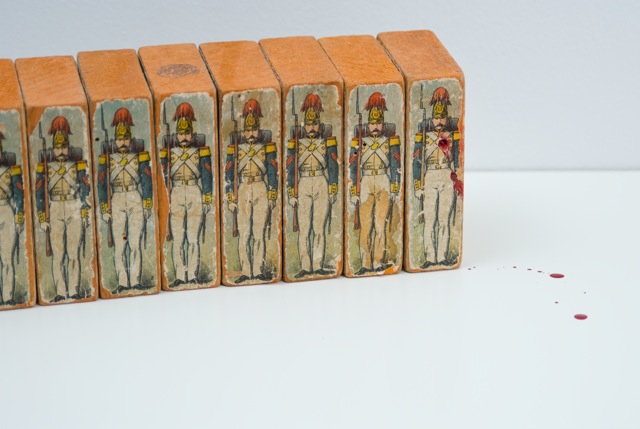 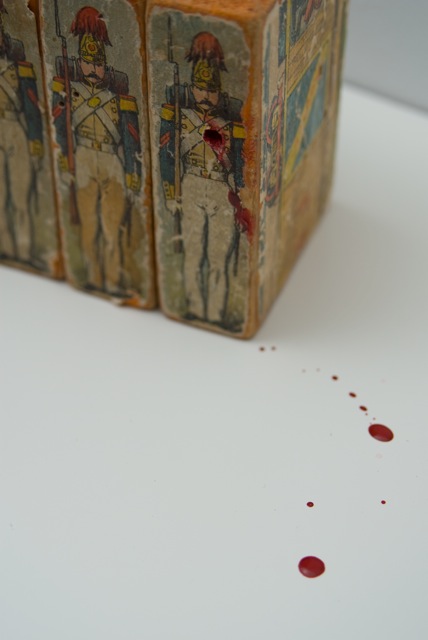 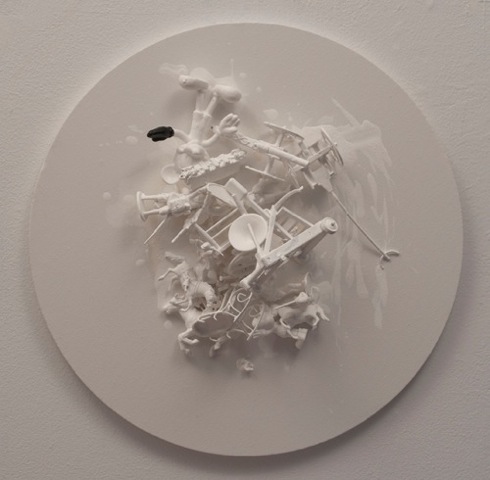 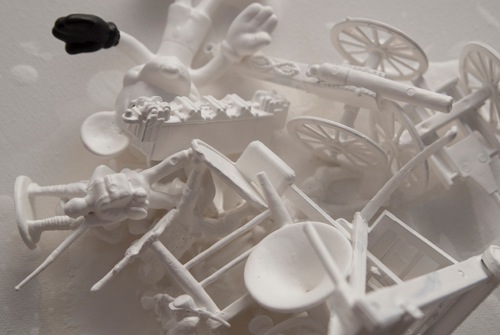 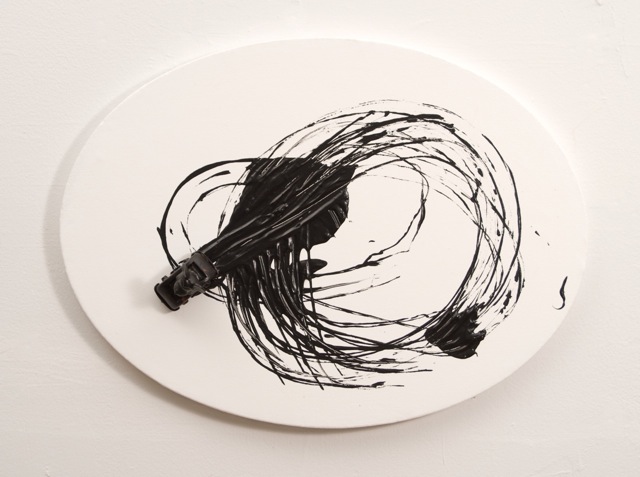 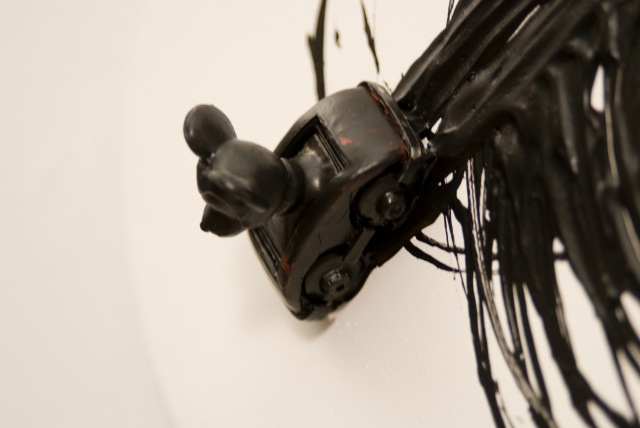 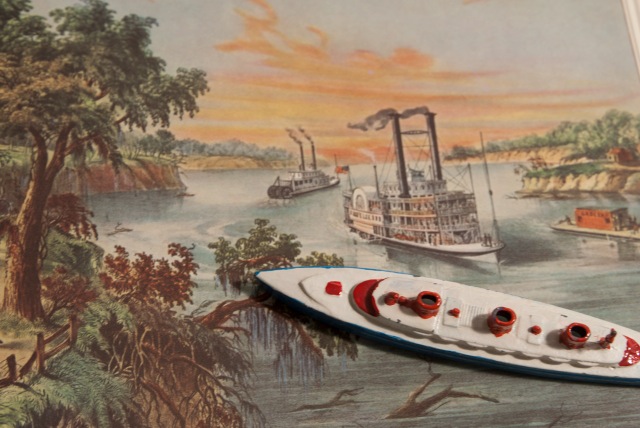 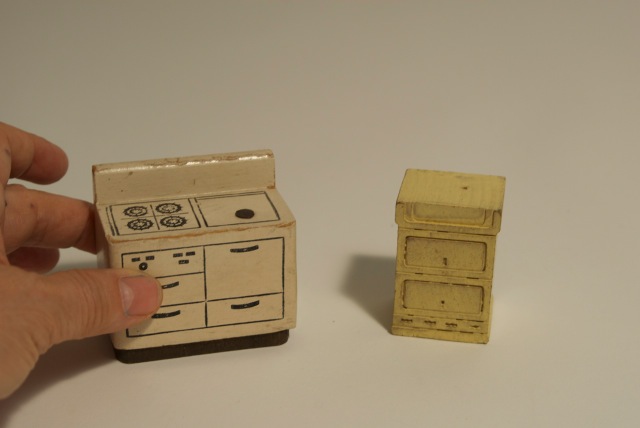 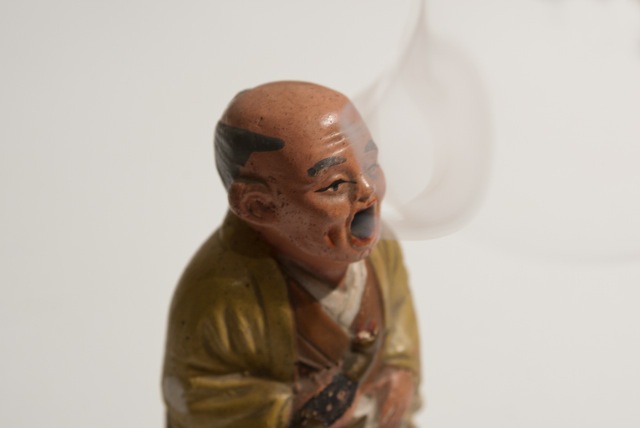 Espacio Mínimo Gallery has chosen a LILIANA PORTER solo exhibition to celebrate our 25th anniversary, an artist who has been working with us for almost two decades. With her we opened the new location in Madrid in 2000 after eight years of activity in Murcia in two different spaces, where the artist also exhibited before.

Actualidades / Breaking News is the title of this exhibition, the seventh individual of the artist in Espacio Minimo, and matches the new video presented for the first time on this occasion.

For this show, LILIANA PORTER has made three large paintings, polyptychs with four and five parts, in which she combines painting, found objects and installations, and in which she shows referents and obsessions to, in the words of Ana Tiscornia, made a metalinguistic exercise, focused on the question of the border between reality and its representation or more fittingly his enunciation, which, as Inés Katzenstein says, she has done since, between 1968 and 1977 Liliana constructs a language to express that view as its fundamental philosophical concern: the question about the nature of representation and its consequences. This question will always stated from a position of estrangement will present the viewer an event that leads him to question how often we relate to representation.

In these works the artist emphasizes the importance of the space theme that she has granted since her beginnings the background as surface, as support, as empty space, as absence. In each case, the work undermines any appeal to a metaphysical, that is, the fund as a stable territory or fundamental structure through which identity can be traced, or the representation confirmed, as noted in another text of Charles Merewether about his work.

Each of the paintings shown on this occasion, the three great paintings and other small format, transcend the mere pictorial support to act as a stage in which actions and situations take place. Are spaces, white in this case, where are recreated for us, perplexed viewers, those impossible dialogues, this game of presence and absence, of illusory realities and accurate appearances that constantly question the limits of our perception. Steadily, Tobias Ostrander writes – Porter structures our active participation as spectators. As readers, she placed us at the end of the reception and search for meaning. Her works literally asking us to “act” the philosophical questions that motivate and to which the artist returns relentlessly. Porter often described as his old virtual collaborator and guide, Jorge Luis Borges, he spoke of the ease with which one can become a good writer, facing extreme skill needed to become a reader talent. Porter’s work challenges us to dynamically us to read and creatively prolong their strategies towards our areas of interest. What would equally when speaking of sculptural works and small facilities that are part of this project.

The exhibition is completed with a video that gives title and is presented for the first time to the public for this occasion. Actualidades / Breaking News with original idea and direction of the artist recreates the structure of a newspaper, weekly or news with its different sections. The characters come from your personal list of objects and figurines with the eventual appearance of a human hand to underlines the scale of objects-actors. With an approximate duration of 20 minutes, the work has the support of Ana Tiscornia as co-director, Sylvia Meyer music and videography and editing Federico Lo Bianco.