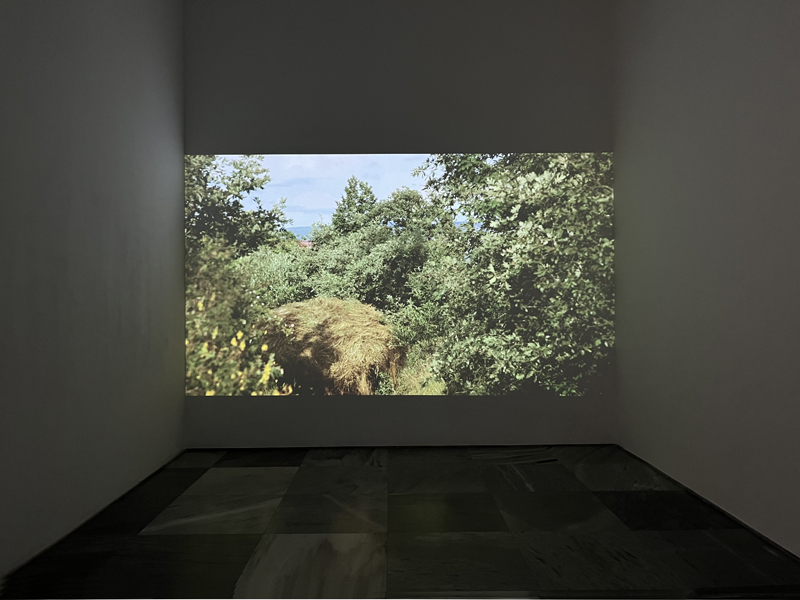 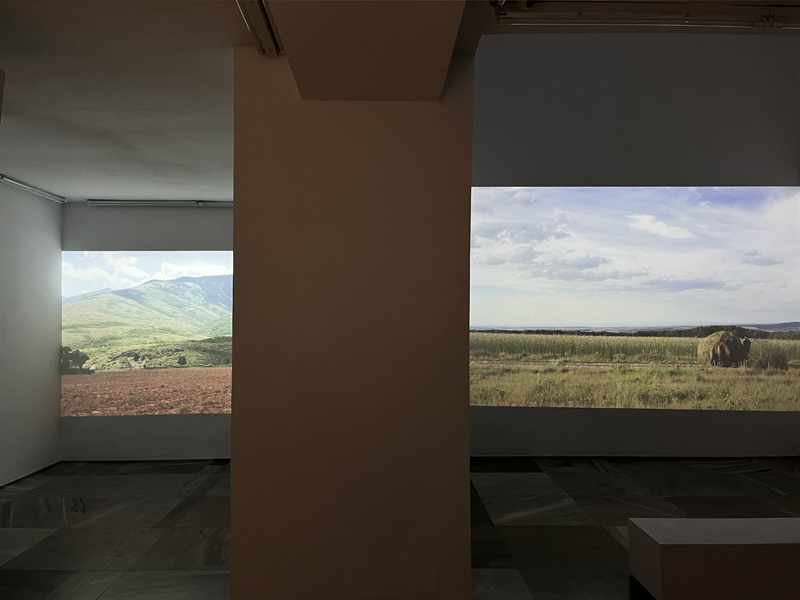 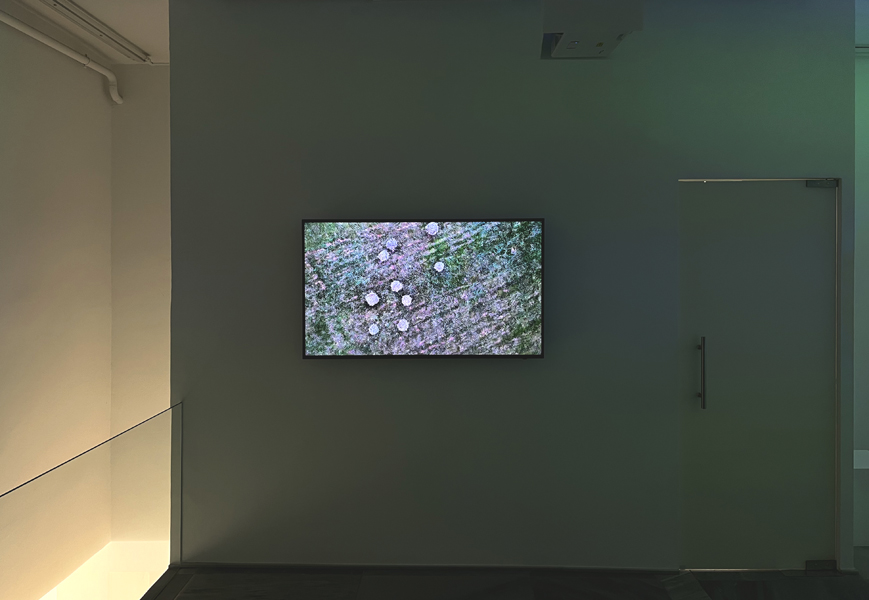 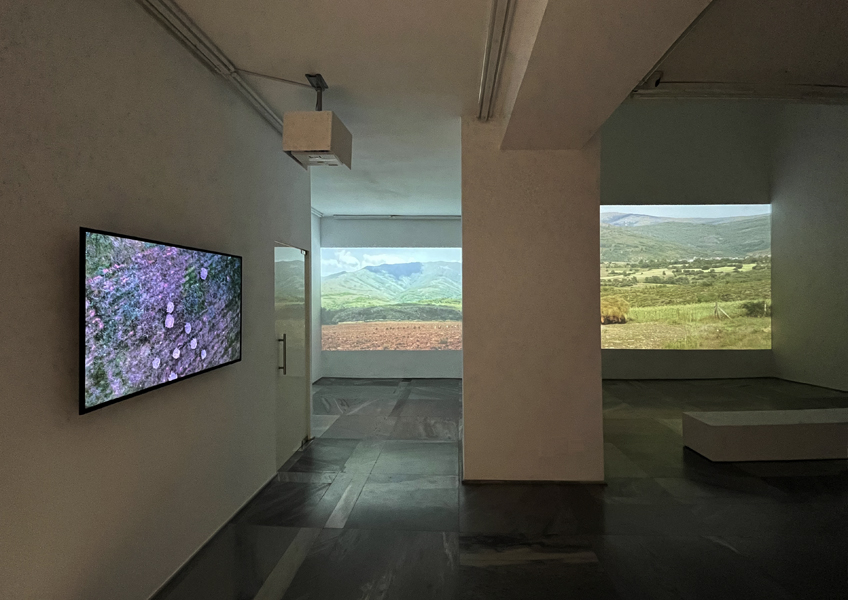 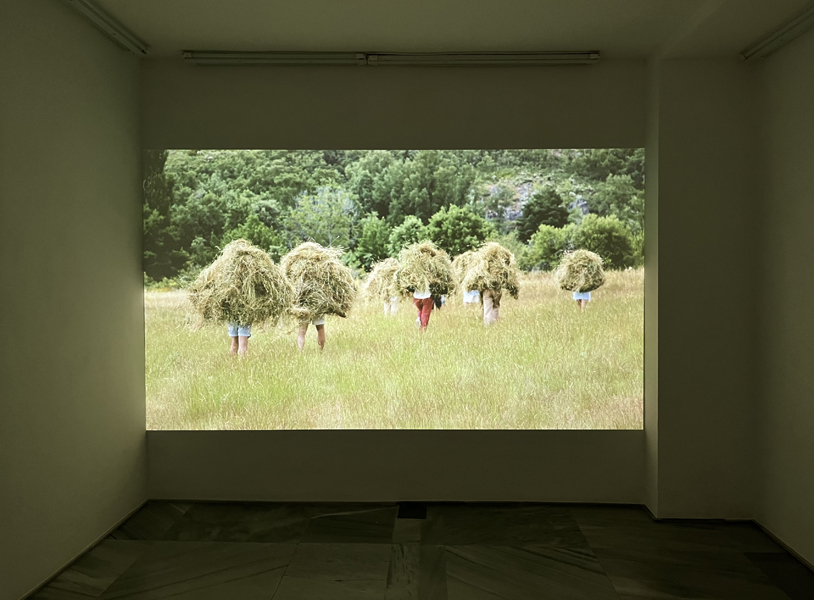 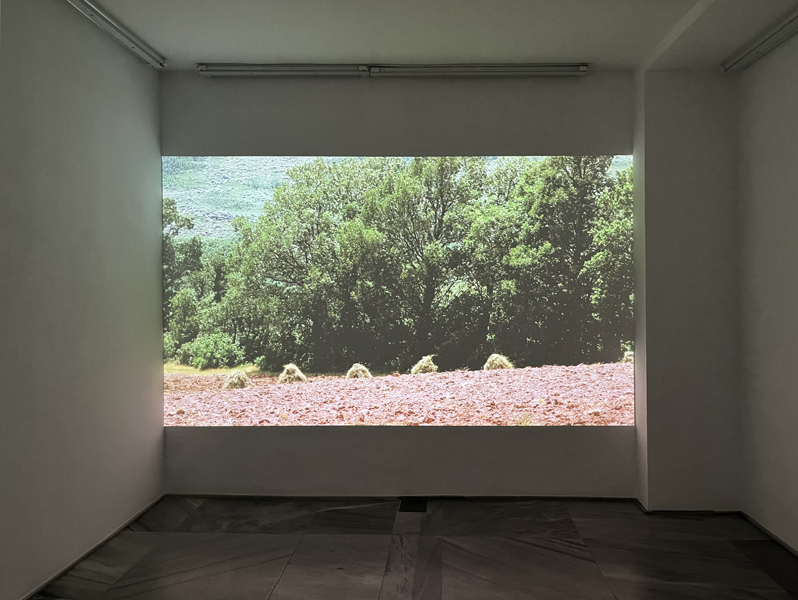 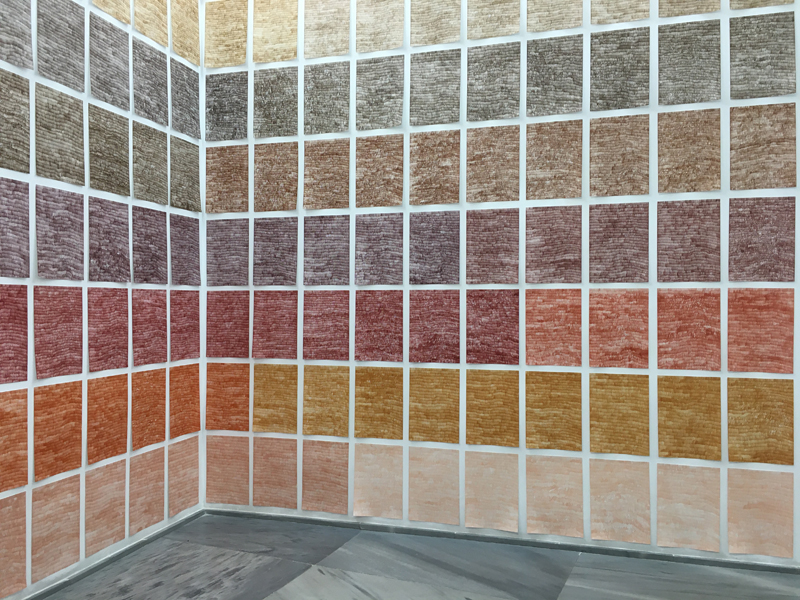 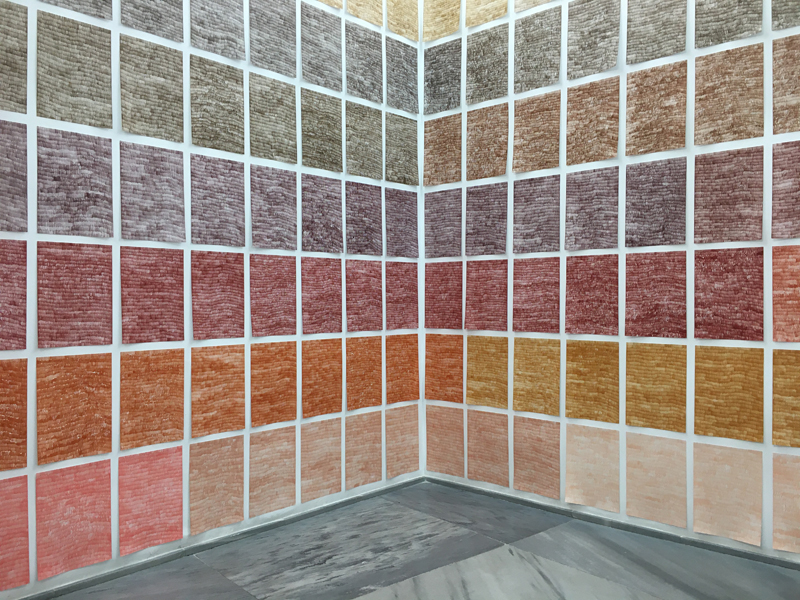 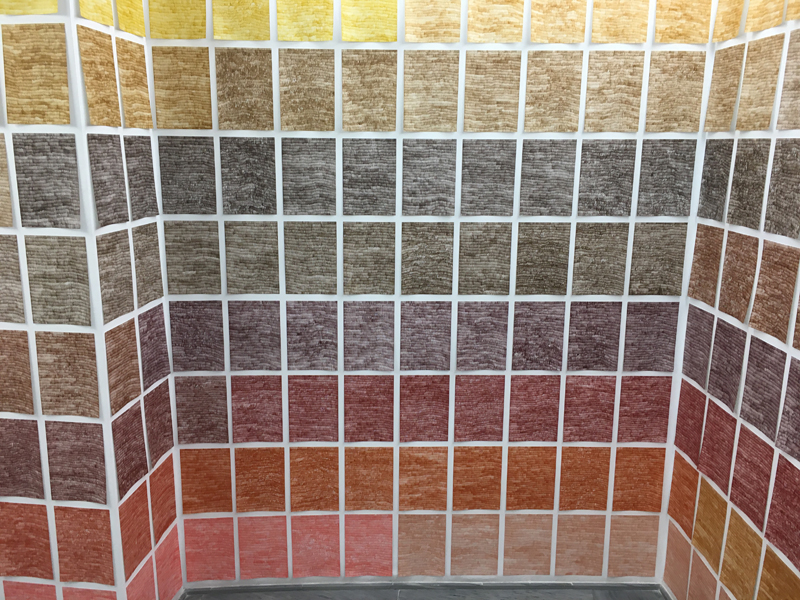 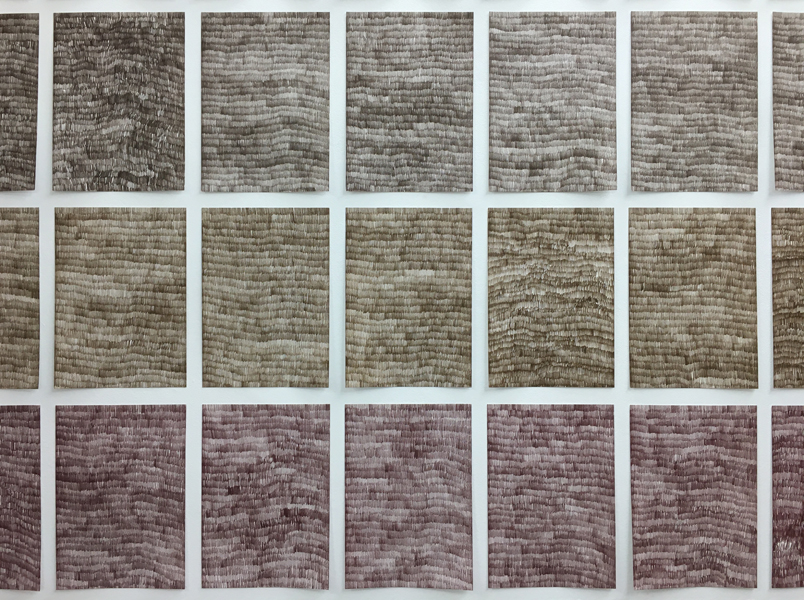 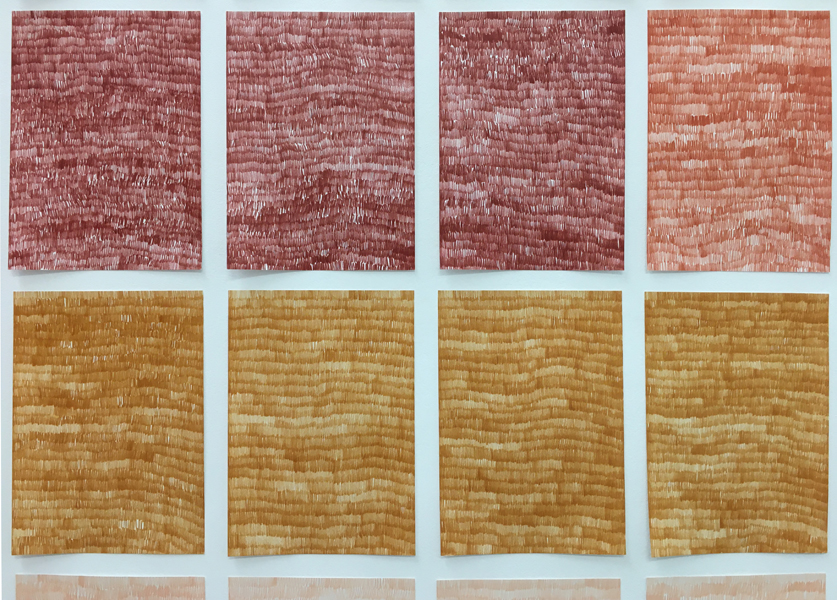 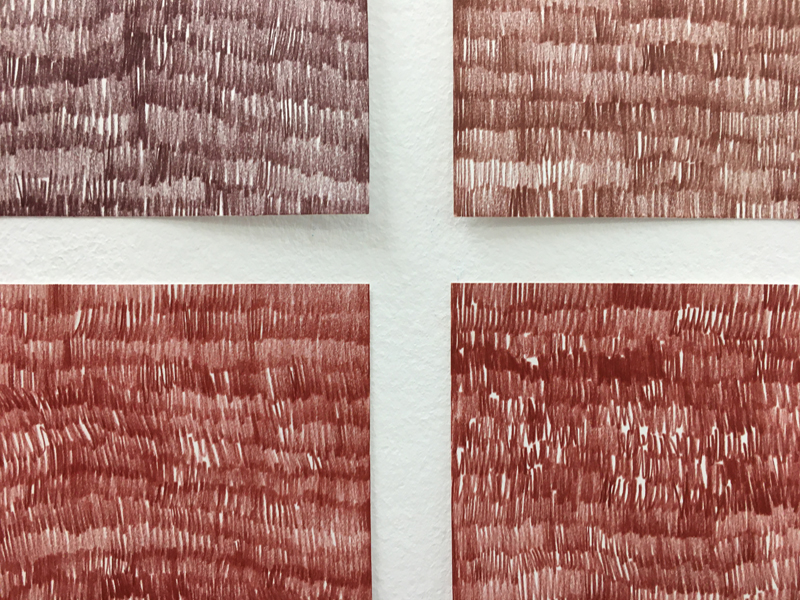 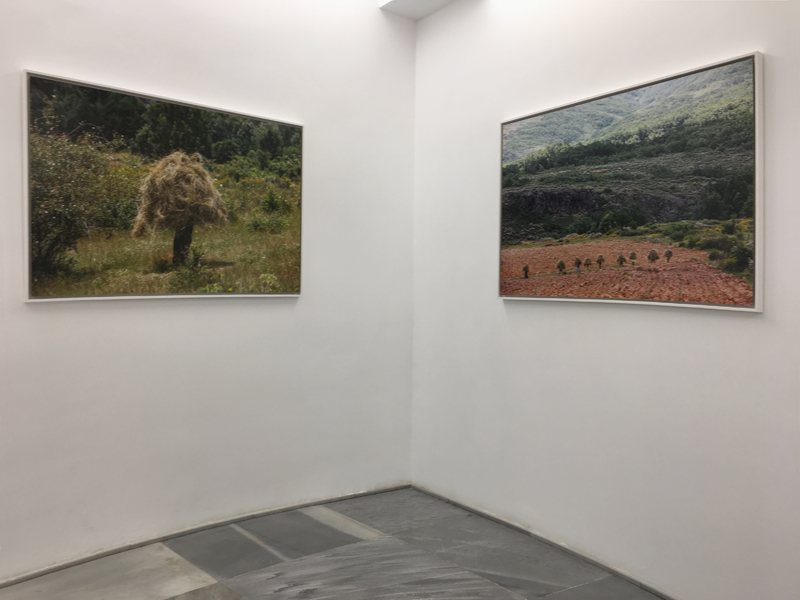 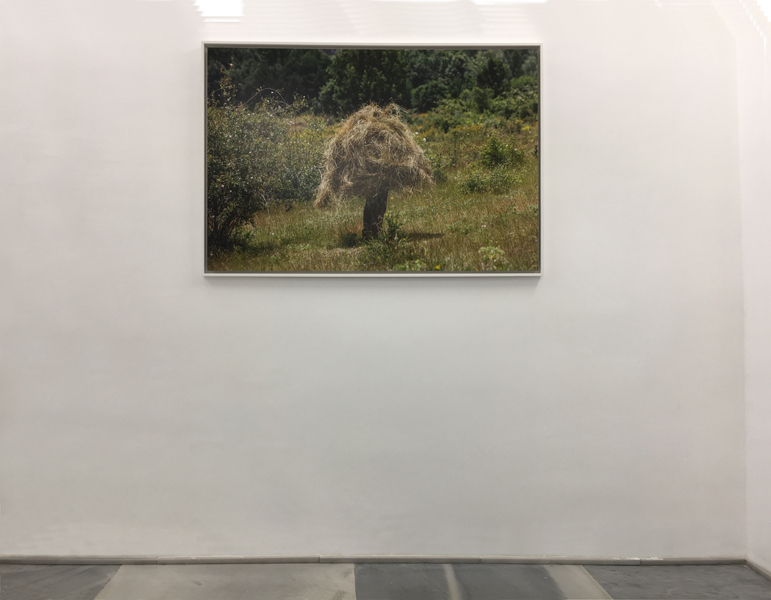 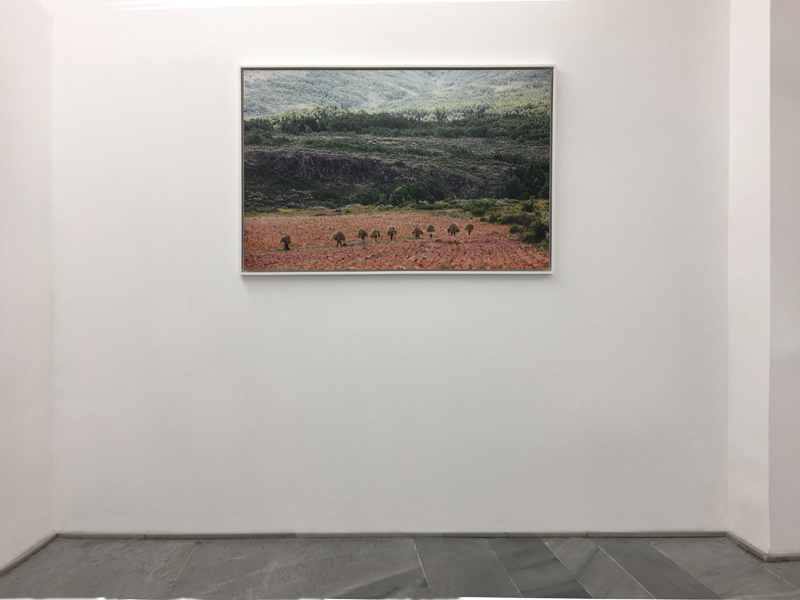 The second solo exhibition of MAIDER LÓPEZ at Espacio Mínimo gallery, entitled  Hierba en Movimiento (Moving Grass), is an exhibition that arises from a small event that the artist witnessed in the town of Martín Muñoz de Ayllón, a town of 20 inhabitants in the province of Segovia, by chance when she saw the local shepherd who, after mowing the grass, collecting it and stacking it on a tractor, started it up. The tractor, hidden behind the vegetation, transported the pile of grass that blended in with the landscape, creating the visual effect that a surrounding bush was moving, animating nature. A poetic scene that spoke to the artist about the land and the way in which we relate to it. That was the starting point for this project, carried out on the same stage in 2021 with the Leonardo Grant for Researchers and Cultural Creators 2020 of the BBVA Foundation* and the collaboration of AP Gallery, about which the artist explains:

The village farmer mows the land, stacks the grass and transports it as part of his daily work. On June 26, 2021, we collectively carry out this action that the shepherd normally does individually, involving the neighbors. Both, villagers and foreigners, were invited to participate, bringing together people with different ties to the village and rural work who collect the cut grass and walk with it, remaining hidden under the vegetation. Animated piles of grass that move through the countryside, traversing different landscapes in a collective walk. Grass bodies with legs walk in a strange hybridization. A poetic act not without humor that is articulated around agricultural work and production systems. The participants co-create the piece in this collective meeting that pays attention to people and their relationship with the environment. The action was documented through photographs and video, and culminated with a popular meal.

The project makes visible the constant transformation of nature, which is in permanently movement at a very slow pace, imperceptible to the human eye and aims to generate images and actions that reflect on the rural (and on what is understood as rural from the urban side) showing and questioning daily actions, to dislocate the natural landscape.

The show is completed with the piece Colores Tierra – Caja de 120 lápices de colores (Earth Colors – Box of 120 color pencils), a work in which she draws until the pencil runs out. She covers the surface of the paper with pencils of the same color range from its box of 120 colors, in this case the 18 earth or brown, which have occupied 202 A4-size sheets. The piece measures the time used to draw it and the space occupied by the pencil.

*(The Foundation takes no responsibility for the opinions, statements and contents of this Project, which are entirely the responsibility of its authors)

MAIDER LÓPEZ (San Sebastián, 1975), develops her work intervening in public space and architecture. Her interventions break with the static nature of things and places, opening the territory of negotiation and inviting us to seek new ways of seeing and relating.