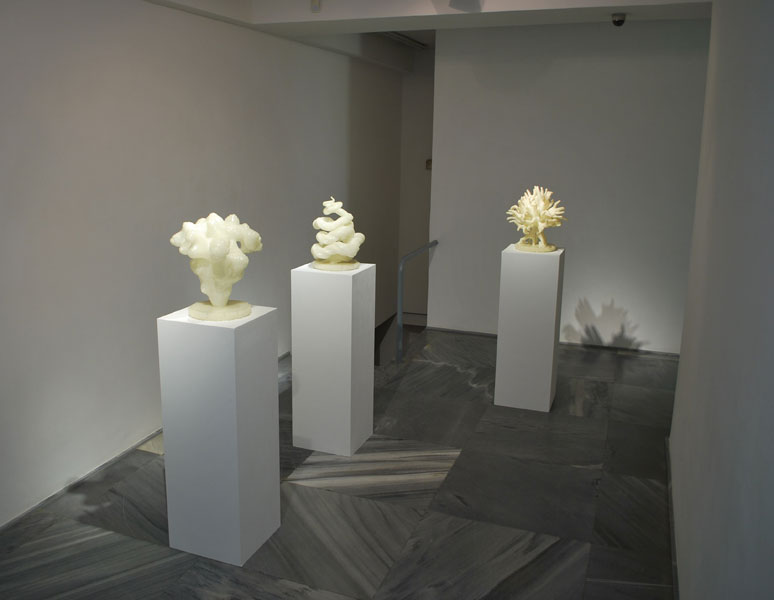 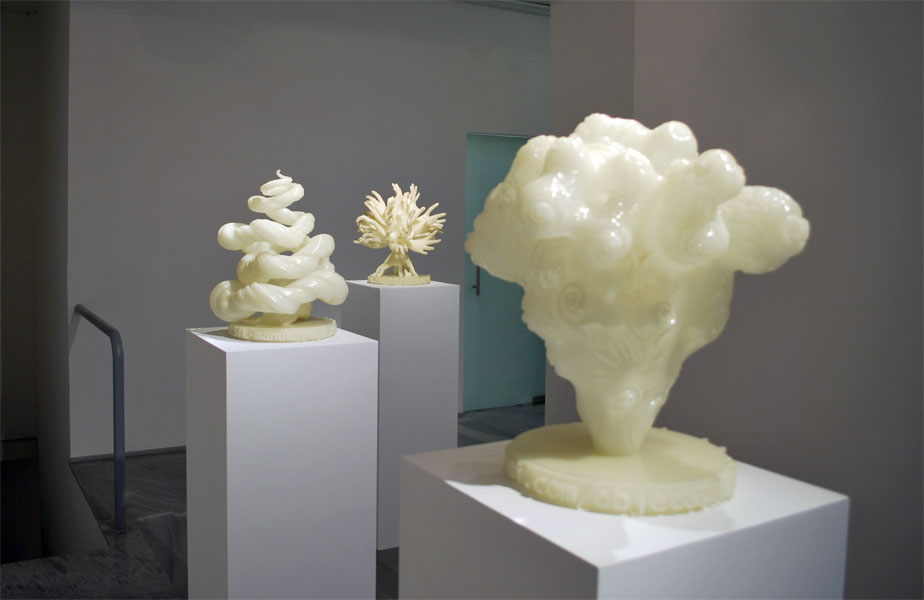 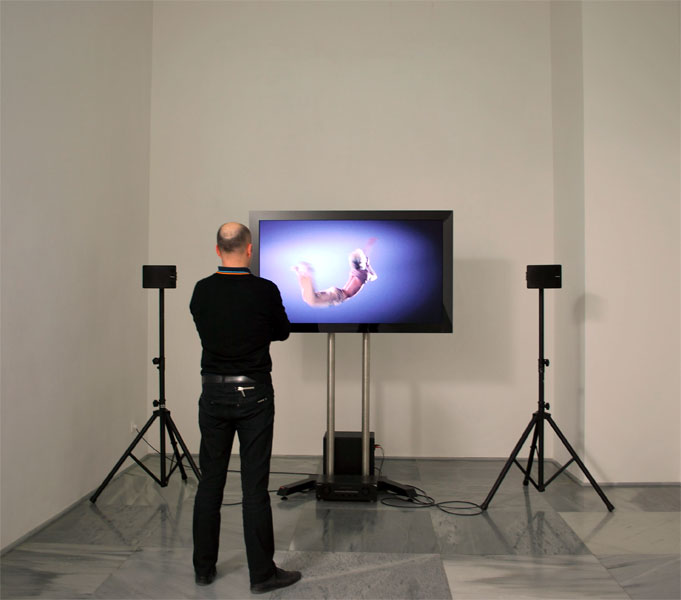 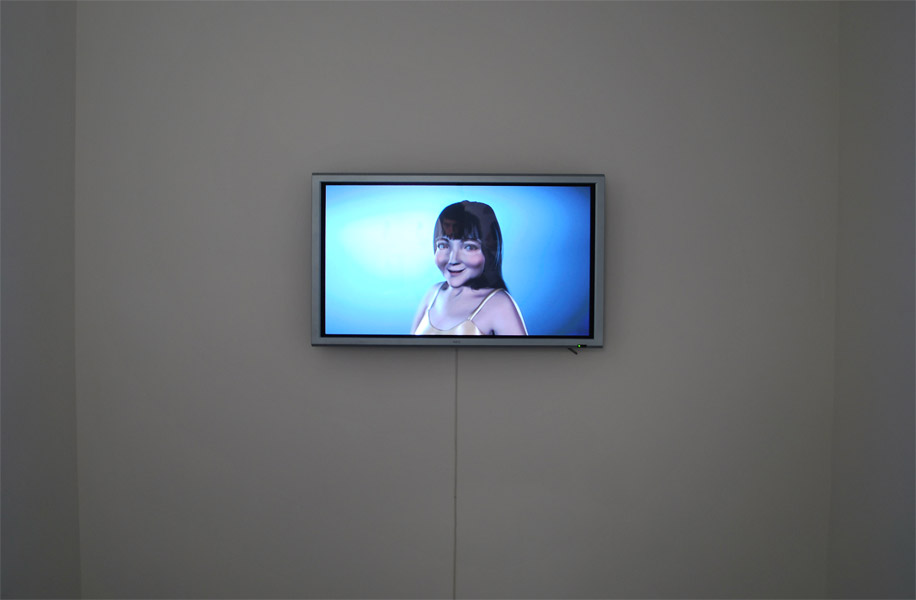 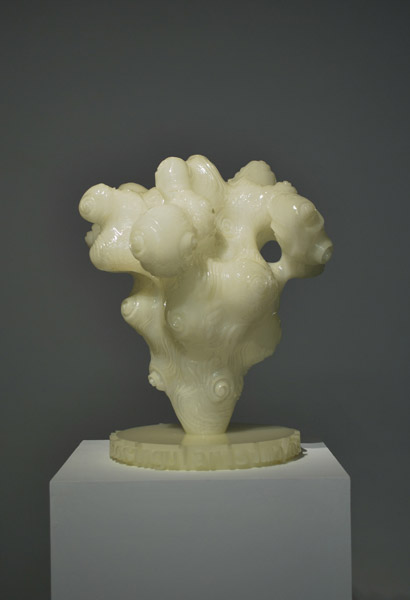 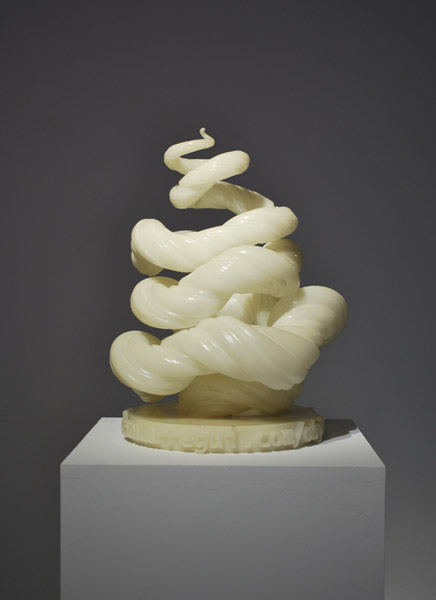 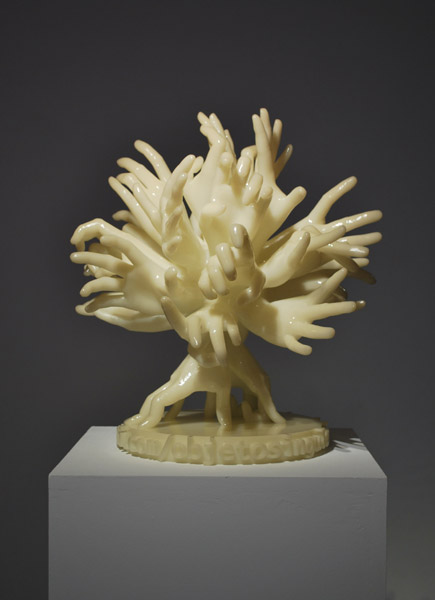 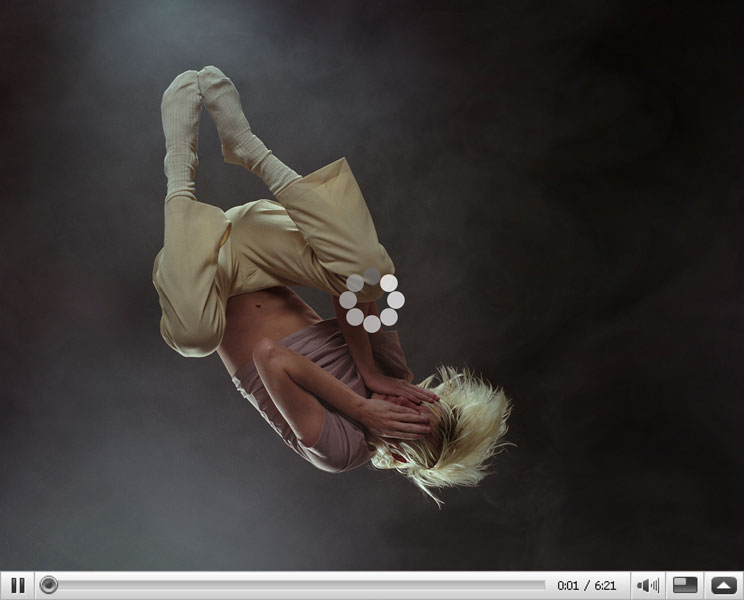 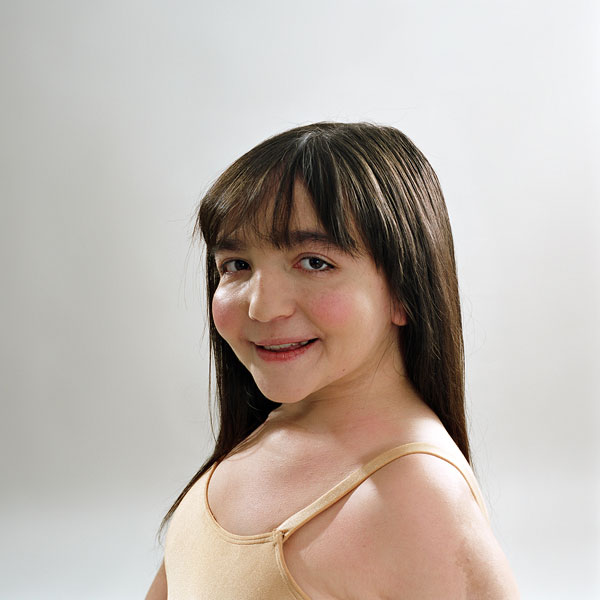 Objeto Singularísimo is the title of MANU ARREGUI’s third exhibition at Espacio Minimo Gallery, which is made up of three different bodies of work.

Firstly MANU ARREGUI will present his latest video work Streaming. In it we witness a young boy falling into a void, a action which fluctuates between a sharp descent and delicate balletic moves, and which is interrupted occasionally by the characteristic “loading” icon which we seen when watching internet videos. The pixel distortions caused by compression codecs are also incorporated, offering that particular digital texture. At one point during the video we see the character interacting with a computer, operating a representation of himself on a video sharing website.

In this work the artist continues his investigation surrounding the tensions between the real and the virtual. The character’s androgynous look and the ambiguous treatment of suicide indicate the subject’s maladjustment to society, as well as point towards the political shifts that affect the freedom of minorities, reflection upon the body, and the defiance of normality.

The second group of works in the show is a series of sculptures that have been ironically titled Objeto Singularismo (Very Unique Object). The sculptures were created with 3D modelling software and are later reproduced using rapid prototype technology (stereolithography). The artist has posted the original virtual model publicly on internet and for an undefined amount of time, It can be found on a URL address which itself forms part of the artwork. Without loosing his particular sensibility Arregui here includes themes of intellectual property and the art market’s fetishist character in his discourse.

Those “very singular objects” propose a reflection upon the traditional contemplation of artworks. The sculpture that can be seen in the “territory” of Art (the stand, the gallery) is only a copy of the original, which is freely accessible in the internet. The work also operates in the field of the conceptual and the emotional. The precise inscription on the plinth clashes with the a baroque treatment and abstraction that makes reference to religious art and to the mysticism we find in his other works such as “Sed de Infinito”, “Querer Sin Recompensa” or “Un Impulso Lírico del Alma”, which in themselves address issues like the dematerialization of reality.

The project directly approaches the changes that have occurred in the creative process. Today we live in a post-industrial world where goods are immaterial. There is a significant difference between the previous industrial age and the current age of information or capitalism of knowledge: these current goods can be reproduced without loss. Furthermore, for the established set of values to function the distribution of these immaterial goods must be restricted. This is achieved through intellectual property laws, copyright, patents, and trademarks.

To complete the exhibition the artist rescues his project titled Irresistiblemente Bonito (Disarmingly Cute), which portrays a young girl who is the victim of a severe disease which causes bone deformation. The girl became popular on television as an example of self improvement. The artists made a “real” recording of her, and then created replica using 3D software.  Exposing the inherent artificiality of all representational processes, ARREGUI reflects upon the mechanisms involved in converting a real character into its mediatised copy. The work also evidences the committed position that the artists takes in relation to the hegemonic discourse of biological determinism that surrounds questions of the body.

These are three projects that question the hegemony of artistic narratives and form. They critique current models and expand the possibilities of videoart and sculpture as a means to communicate, question, and improve social transformations and new forms of politization.

MANU ARREGUI (Santander, 1970), graduated in Fine Art at Universidad del País Vasco. His works have been included in important shows such Trans-sexual Express International curated by Xavier Araquistain and Rosa Martínez, Bad Boys a project by Agustín Pérez Rubio produced for  the 50th venice Bienale, Monocanal Vídeo: 1996-2002  curated by Juan Antonio Álvarez-Reyes and Berta Sichel for the Museo Nacional Centro de Arte Reina Sofía, Sesiones Animadas a project by Juan Antonio Álvarez-Reyes for this same museum and the Centro Atlántico de Arte Moderno de Las Palmas,  Chacun à son Goût curated by Rosa Martínez  to commemorated the Guggenheim Biolbao’s 10th anniversary.  and España. Arte Español 1957-2007 at the Palazzo Sant’Elia in Palermo. With Espacio Mínimo he has taken part in important internation contemporary art fairs such as ARCO (Madrid), ART BASEL MIAMI BEACH (Miami), FRIEZE (London) or CIGE (Beijing).  In 2002 he was granted the Fundación Marcelino Botín Fine art Scholarship which he used to complete his education at ISCP in New York. In 2004 he was awarded first prize in video and digital formats at the Caixa Galicia Awards , and in y 2007 obtained the Altadis Fine Art Prize. His works are included in the following collections, amongst others: ARTIUM in  Vitoria, Guggenheim  Bilbao y MUSAC de León,  Centre d’Art la Panera in  Lerida,  Consejo Superior de Deportes, the Coca Cola Foundation,  and the Fundación Ordóñez-Falcón.